Shares of Extreme Networks (EXTR 1.16%) fell 29.6% lower in May 2019, according to data from S&P Global Market Intelligence. The maker of enterprise networking equipment fell short of Wall Street's expectations in the third quarter, published on May 1. The stock plunged 20% lower over the next two days and never recovered. 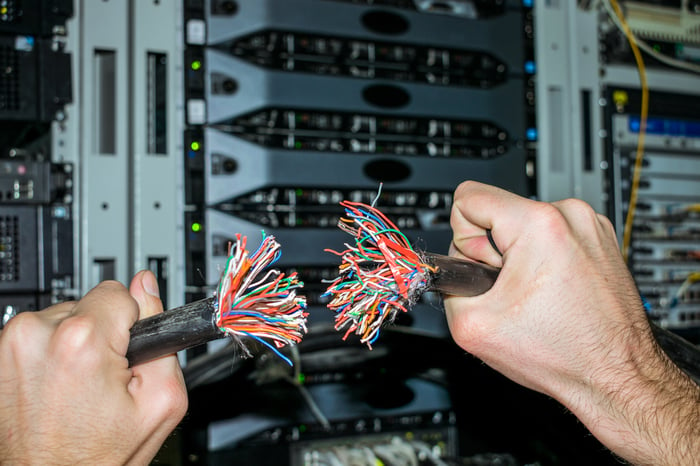 "Today we announced Q3 results toward the midpoint of our expectations. Revenue is consistent with Q2 despite Q3 being typically a seasonally weak quarter for Extreme," Meyercord said. "The results and our outlook for fiscal 2020 validate our acquisition strategy and our team's ability to execute. While it took us longer than expected to achieve the desired performance metrics with our acquisitions, they are clearly visible today."

If you say so, Ed. It's true that the Avaya and Brocade buyouts are producing revenues significantly above the respective annual targets Extreme outlined in 2017, but soft demand from the education and retail channels led to disappointing sales of edge networking equipment. The book-to-bill ratio stopped short of 1.0 in the third quarter, which limits the potential for revenue growth over the next couple of quarters.

So Extreme Networks is facing some challenges at this point, and I'm not quite comfortable with the way management tried to sweep those concerns under the rug. That being said, I don't see a solid argument for slashing the company's market value by 30% based on this relatively decent report and admittedly conservative guidance outlook.