Please ensure Javascript is enabled for purposes of website accessibility
Log In Help Join The Motley Fool
Free Article Join Over 1 Million Premium Members And Get More In-Depth Stock Guidance and Research
By Keith Speights - Jun 9, 2019 at 7:00AM

Expect the healthcare giant to hew to the principles that lifted it to where it stands now.

Where will Abbott Laboratories (ABT 1.41%) be in 10 years? That's  easy: In Chicago, of course, where it's headquartered today.

So, now that the smart aleck answer is out of the way, let's talk about what investors really want to know -- where the healthcare company's business will look like a decade from now. Insights on that score can be key in determining whether or not you'll think that investing in Abbott is a good idea.

For this type of analysis, it's important to understand the company's past, as well as its situation today. Only then can we get some clarity about the direction the company is headed in the future. (I know, it kind of sounds like an investing version of Charles Dickens' A Christmas Carol, but it's a good way to start off.) 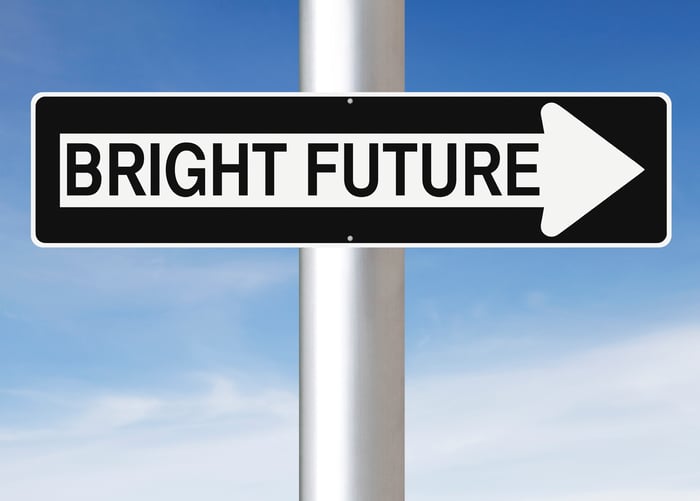 Where Abbott has been

It's helpful to understand a company's primary mission, because what a company is about is tremendously important in what it will become. Abbott Labs' mission dates back to 1888 when a 30-year-old doctor named Wallace Abbott began producing medicines in the back of his pharmacy in Chicago. From the beginning, Abbott's focus has been on developing products to improve patients' health.

Abbott's debut on the New York Stock Exchange (NYSE) couldn't have had much worse timing. The company conducted its initial public offering in 1929. But it survived the tough times that followed, and thrived. Abbott's share price is now close to 10,000 times greater than it was on the day of its IPO.

By the way, Abbott Labs began paying quarterly dividends to its shareholders for 95 consecutive years -- since even before it listed on the NYSE. And it has increased its payout for 47 years in a row, earning a spot in the elite group of stocks known as Dividend Aristocrats. (If it continues for another three, it will join the extremely rarefied Dividend Kings list.)

Abbott has had a global focus since its early days. The company opened an office in London back in 1907 -- its first international expansion. And it has made adapting and evolving a central theme over the years. The company's 1960s-era reinvention of its business was even featured in Jim Collins' classic business book Good to Great: Why Some Companies Make the Leap... and Others Don't.

Where Abbott is today

Today, Abbott Labs is a giant in the world of healthcare. Its market cap tops $130 billion, and it generated revenue of $30.6 billion last year. The company operates in more than 160 countries, with 41% of its sales coming from emerging markets.

It ranks as one of Fortune magazine's most-admired large companies, an honor the company has held since 1984. And it's No. 1 among medical products companies, just as it has been for the last six years.

Speaking of being No. 1, Abbott is the global leader in multiple markets, among them adult nutrition, blood and plasma screening, chronic pain devices, glucose monitoring, heart pumps, point of care testing, and remote heart failure monitoring.

The company's growth isn't overly impressive these days, though. In the first quarter of 2019, its year-over-year revenue growth was only 2%. Even its fastest-growing business segment, medical devices, delivered sales growth of only 5.5%. However, it's important to note that foreign currency fluctuations have negatively impacted Abbott's growth rates.

Where Abbott is headed

Perhaps the best way to get an indication of where Abbott Labs is headed is to look at the products that it's most excited about today: FreeStyle Libre, MitraClip, and the Alinity systems.

FreeStyle Libre is a continuous glucose monitoring (CGM) system, which doesn't require a finger stick. The product has been an enormous commercial success, and is likely to remain one for a long time to come. Abbott hopes to receive FDA approval to launch the next version of FreeStyle Libre in the U.S. in the near future. The new features on the device should make it attractive to customers and provide a big boost to sales.

MitraClip enables the minimally invasive treatment of mitral regurgitation, which is caused by a leaky heart valve. It's already the leading device used to treat that condition, but the FDA's recent approval for its use in a new indication (patients with mitral regurgitation resulting from underlying heart failure) has expanded its market opportunity.

The Alinity systems include a lineup of laboratory diagnostic instruments. CEO Miles White said in Abbott's Q1 conference call that the company is "winning almost two-thirds of the accounts where we're head-to-head with an entrenched competitor."

All three reflect a focus on internal innovation that drives Abbott Labs' organic growth. And that seems likely to be the story for the company for years to come.

So where will Abbott Labs be in 10 years? Still adapting to change, just as it's always done. It will almost certainly still prioritize its dividend. Expect the company to continue to focus heavily on global opportunities, particularly in emerging markets. And Abbott's commitment to innovation isn't likely to diminish.

If you put all of this together with demographic trends that should fuel increased global demand for healthcare products and services, it becomes apparent that this company should be in an even stronger position in 2029 than it is today, suggesting that Abbott Labs stock would be a solid pick for long-term investors.