Bilibili delivered another impressive quarterly report last month, but other factors were more pressing for investors.

Shares of Chinese online media company Bilibili (BILI 8.14%) fell 24.2% in May, according to data from S&P Global Market Intelligence. The stock was squeezed by the worsening U.S./China trade dynamic, and continued to trend lower after the Chinese gaming and social media company released its first-quarter results. 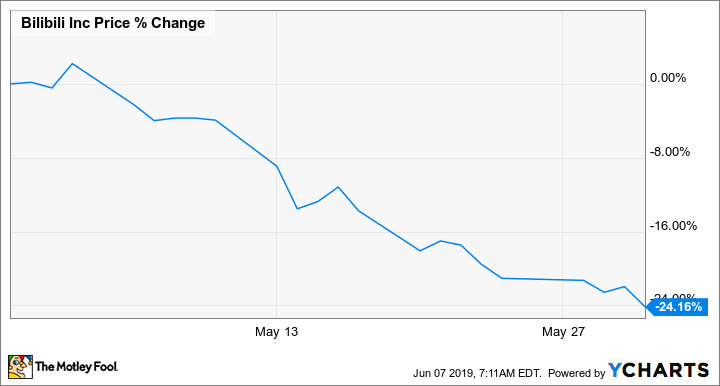 Bilibili published Q1 results on May 13, with both sales and earnings coming in ahead of the average analyst targets. Sales for the period grew 58% year over year to reach roughly 1.375 billion Chinese renminbi ($204.7 million). The company's adjusted loss per share came in at roughly $0.06 -- substantially better than the average analyst estimate's projected loss of $0.15 per share. However, the combination of Bilibili's second-quarter guidance and what looks like a challenging macro environment in the Chinese market prompted sell-offs. For the current quarter, Bilibili expects to post revenue between RMB 1.45 billion and RMB 1.49 billion, representing roughly 43% growth year over year at the midpoint of its target. That outlook points toward some growth deceleration, but still suggests solid momentum for the business. The target would likely have been viewed more favorably were it not for uncertainty related to the trade situation.

While Bilibili generates the large majority of its revenue in the Chinese market and does not appear to be exposed to direct pressures stemming from tariffs, the trade situation with the U.S. has the potential to continue to impact the broader economic conditions and equity pricing. Growth for China's economy has recently decelerated, and that's had the effect of making investors less willing to pay premiums for growth-dependent tech stocks.

Bilibili stock has posted some recovery in June, with shares trading up roughly 9.6% in the month so far. 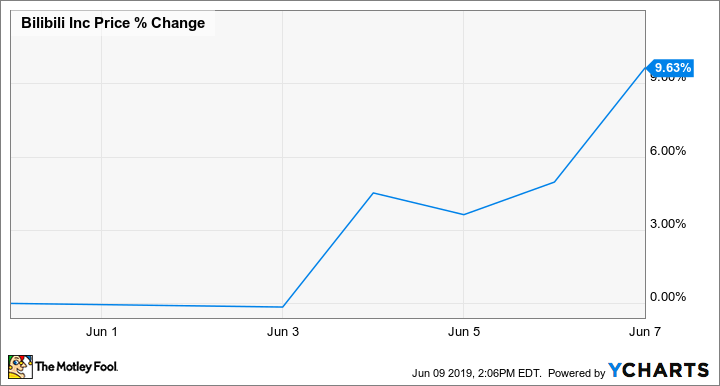 Bilibili generates most of its revenue from its mobile games, and while it seems likely that interactive entertainment still has a long runway for growth in China, investors should be prepared for some twists and turns in the sector. In addition to the trade situation and other macroeconomic factors, China's government has been taking an increasingly active role in regulating video games and other online content. This creates a situation where Bilibili must navigate changes in government standards and enforcement in addition to satisfying consumer tastes and contending with competitors.

The company is valued at roughly five times this year's expected sales.

Why Bilibili Stock Was Falling Today
397%