A lustrous start to 2019 helped this stock to reverse course from its 11% decline through April.

On the strength of a glittering Q1 earnings report, shares of Pretium Resources (PVG), a global leader in gold mining, rose more than 12% last month, according to data from S&P Global Market Intelligence. While the stock's climb could be attributed, in part, to the company's success in beating analysts' revenue and earnings estimates, several other areas of the Q1 report also delighted investors. 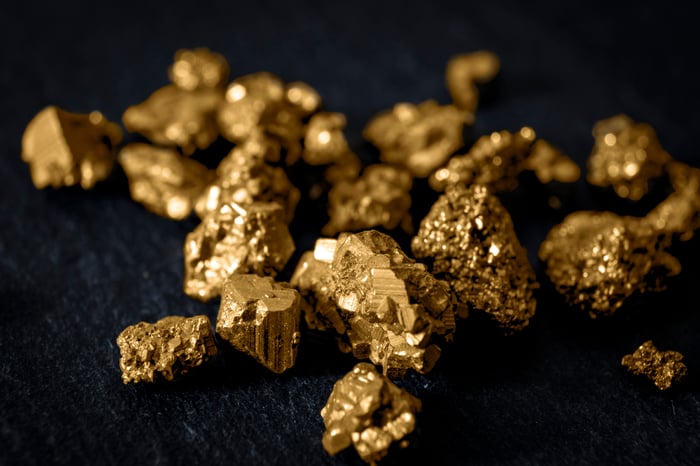 Committed to ensuring the company's financial health, management used the strong cash flow from the quarter to pay down $20 million in debt. But wait, there's more. In the company's earnings report, management reiterated its intention to lighten Pretium's balance sheet by paying down $140 million in debt by the end of 2019 with money generated from the operational cash flow.

Besides the strong flow of green, investors celebrated Pretium's success in keeping costs in check regarding all-in sustaining costs (AISC) in the first quarter. According to management's forecast from earlier in the year, Pretium will report AISC between $775 and $875 per gold ounce sold in 2019. Because AISC are expected to fall from the first quarter to the fourth, the expectation was that Pretium would report AISC above $875, so investors were delighted to find that the company reported AISC of $868 per gold ounce sold in the quarter -- and that management reiterated the aforementioned AISC guidance.

Overall, there was a lot for investors to celebrate regarding the company's start to 2019. In the coming quarters, investors would be well served to see if Pretium can continue its generation of strong cash flow and adequately service its debt -- two points skeptics regard as significant challenges the company will face in the future.