The freelancer-connection platform posted big gains following its IPO last October, but it's back below its $15 debut price.

Shares of Upwork (UPWK -2.40%) dipped 25.1% in May, according to data from S&P Global Market Intelligence. The freelancer-connection platform posted first-quarter results and guidance on May 8 that disappointed investors and sent its stock tumbling in a month that was tough for the broader market and especially hard on growth-dependent tech stocks. 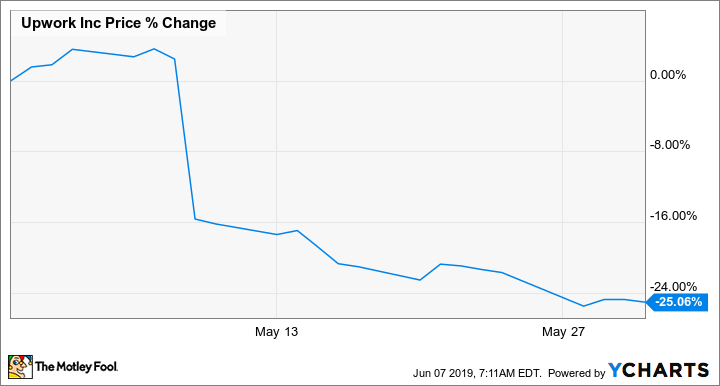 The company's core client base climbed 22% year over year to reach 111,000 users. Sales for the quarter ending in March rose roughly 16% year over year to reach $68.9 million, and the company's net loss narrowed to $4.7 million -- down from a $6.8 million loss in the first quarter of 2018. Upwork's $0.04 per-share loss for the period came in a penny better than the average analyst target and represented a significant improvement on the $0.20 per-share loss that it posted in the prior-year quarter. However, it looks like decelerating growth and slightly weaker-than-expected guidance prompted a substantial sell-off. 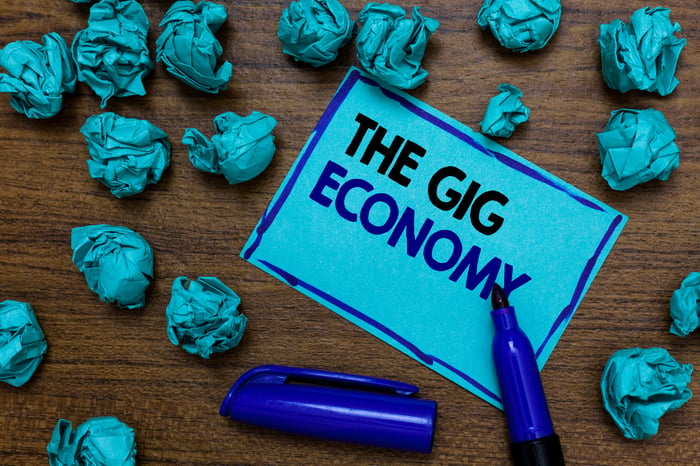 Upwork expects Q2 revenue to come in between $72.5 million and $73.5 million, with full-year revenue between $299 million and $304 million -- off slightly from Wall Street's target for $74 million in Q2 sales and north of $302 million for the year. The company boasts the world's largest freelance marketplace, and with expectations that more careers and work will be transitioned to the freelance gig economy, it could have a long runway for growth. But it looks like the market is taking a wait-and-see approach until the company's long-term outlook becomes a bit clearer.

Upwork stock has continued to trend downward in June, with shares slipping nearly 4% in the month so far. 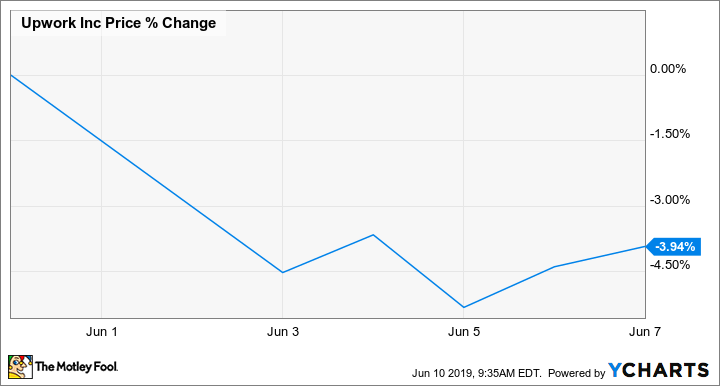 The company now trades slightly below its $15 initial public offering price and is valued at roughly five times this year's expected sales. It is currently the leader in its category, and has opportunities to deliver sustained growth if it can maintain its forefront position. However, it is possible that Upwork could see an influx of competitors to the gig-economy-platform space -- including new specialists as well as large tech players like Microsoft, Amazon.com, Facebook, and Alphabet.

Why Upwork Stock Just Went Down Instead
415%