Shares of Symantec (NASDAQ:NLOK) fell 22.6% in May, according to data from S&P Global Market Intelligence. The cybersecurity company's stock sold off in the wake of disappointing earnings results that were paired with the announcement that CEO Greg Clark had stepped down, ending his roughly three-year tenure.

Shares traded down roughly 15% on the day of the news, marking Symantec's worst daily performance in over a year. The company has yet to name a permanent replacement, but Symantec director Richard Hill has stepped in as interim CEO. 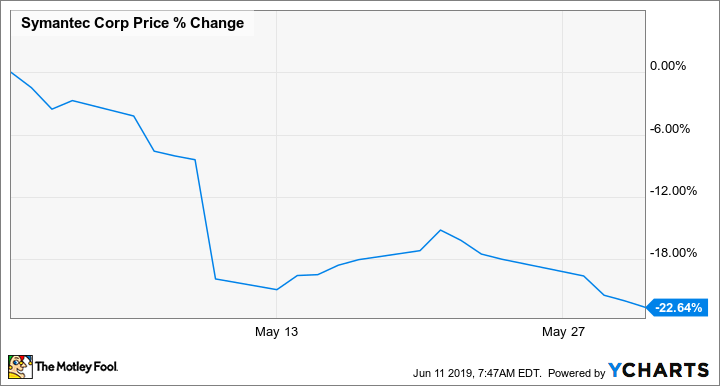 Adjusted earnings per share for the fourth quarter came in at $0.39, roughly in line with the average analyst target, but down significantly from $0.44 in the prior-year quarter. Adjusted sales were also lower, dropping roughly 2% year over year to $1.195 billion and missing the average analyst estimate for sales of $1.21 billion.

Symantec shareholders have had to endure ups and downs tied to last year's audit and growth initiatives failing to live up to targets, and the uninspiring quarterly performance and guidance combined with the unexpected news of Clark's departure was enough to send shares tumbling. 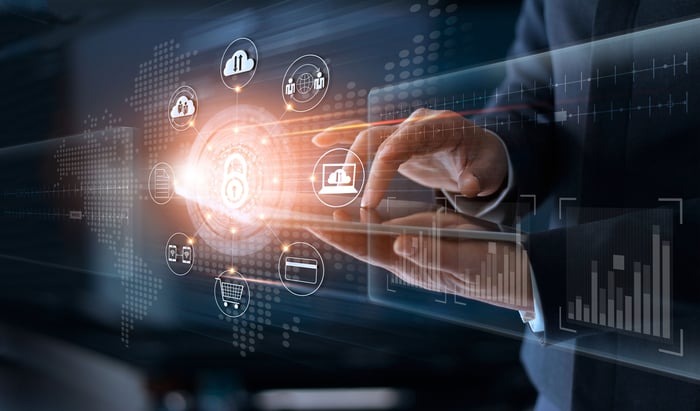 Symantec stock has given up some additional ground in June's trading, with shares moving roughly 3% lower so far. 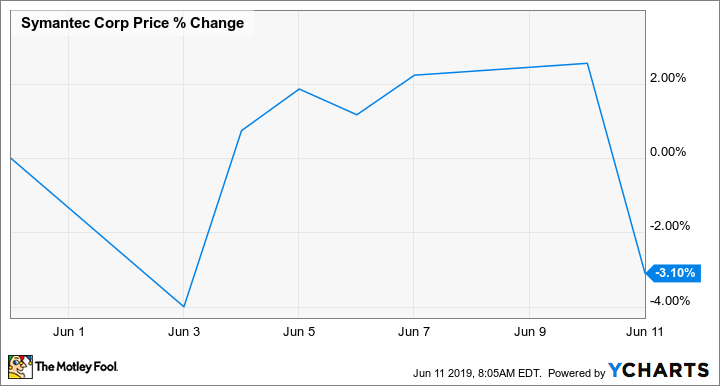 For the current quarter, the company expects to record earnings between $0.30 and $0.34 per share, significantly short of the $0.40 average target held by analysts prior to the recent release. Symantec expects adjusted sales to come in between $4.76 billion and $4.90 billion in fiscal 2020 and adjusted earnings per share between $1.65 and $1.80. For comparison, the company posted roughly $4.76 billion in adjusted sales last year and adjusted earnings of $1.59 per share.

The stock trades at roughly 11 times this year's expected earnings.