The big selling point for Chewy, other than its rapid growth, is its subscription revenue. In its S-1 filing, Chewy reports a metric called "Autoship customer sales." Autoship is Chewy's subscription program, which gives customers a small discount by having a particular product delivered at specific intervals. It's similar to subscription programs from other online retailers like Amazon.com and Target. 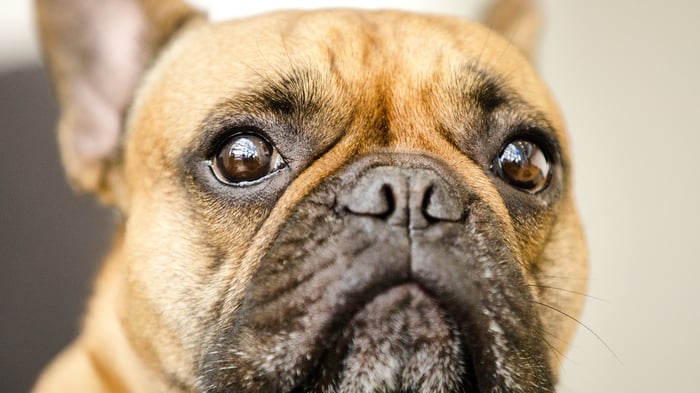 Not what it seems

But that may not actually be the case. If you didn't read Chewy's explanation of this "Autoship customer sales" metric, you would probably assume that the Autoship subscription program is directly responsible for all that revenue. It's not.

Here's the definition of this metric, straight from Chewy's S-1 filing (emphasis is mine):

A customer could place an Autoship order to get the discount and cancel the subscription after one delivery, and everything they buy from Chewy over the next year will be counted as Autoship customer sales.

Chewy estimates that sales outside of the Autoship program account for around 15% of Autoship customer sales, which suggests that most of this revenue is still coming subscriptions. But there's another problem with this metric.

Since Autoship subscriptions can be cancelled at any time with no downside for the customer, some portion of Autoship customer sales is comprised of customers using the Autoship program to get discounts on one-off orders. Chewy doesn't appear to report churn rates or any similar metric, so we don't know how much of this revenue is genuinely recurring and how much is just one-off sales in disguise.

A more useful metric would be sales generated only from Autoship subscriptions that have been delivered at least twice. That would eliminate both problems with the Autoship customer sales metric. Unfortunately, that's not what the company reports.

Chewy's genuine subscription revenue is probably quite a bit lower than its Autoship customer sales metric suggests. And since the Autoship program is basically the same as programs offered by other online retailers, there's not much reason to believe that Autoship gives Chewy any kind of competitive advantage.

On the surface, Chewy looks like a subscription revenue powerhouse. In reality, it's just another money-losing online retailer.

Why Chewy Stock Is Sliding Today

What the Smartest Investors Know About Chewy Stock