Please ensure Javascript is enabled for purposes of website accessibility
Log In Help Join The Motley Fool
Free Article
Join Nearly 1 Million Premium Members And Get More In-Depth Stock Guidance and Research
By Daniel B. Kline – Jun 12, 2019 at 5:40AM

The discount retailer is getting more family friendly in its bid to become a more attractive employer.

Big retail stores need a whole lot of staff, and the labor market in the United States has become tight. This has forced low-cost giants Target (TGT 0.89%) and Walmart (WMT 0.77%) to steadily raise the wages of their lower-level employees. But there's more to a job than the number on your paycheck.

Basically, when it's this hard to find people to fill your company's open positions, it's more important then usual to retain the workers you've got. As part of its efforts on that front, Target recently made some changes to its benefits program that give its employees a more robust safety net, help them balance work and family, and make it easier for them to get to work under circumstances that previously might have forced them to miss days. 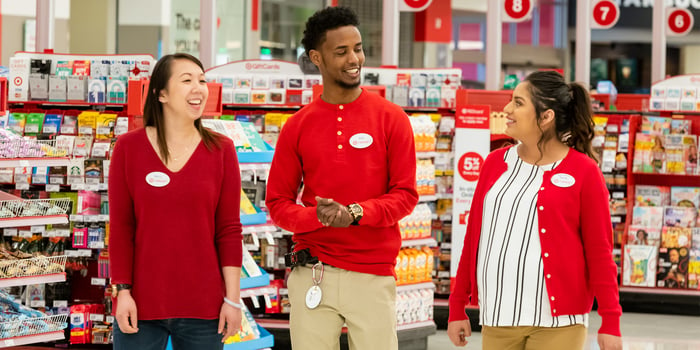 Among the upgrades the company has made to its benefits package,  it is now offering backup care for all workers in its stores and distribution centers.

Under the program, which Target originally tested at its headquarters, employees will have access to up to 20 days a year of subsidized in-center or in-home care for either children or elders, to be used when the unexpected happens. It isn't free, but the company describes it as "affordable."

The company has also expanded its parental leave program. Employees -- full and part-time, salaried and hourly -- will now receive twice as much paid time off when welcoming a new child into their families, whether by birth, adoption, surrogacy or foster placement. Mothers who give birth also get paid medical leave. (Target did not specify how many much paid leave its workers got previously, nor how many they will get now).

In addition, the retail giant said it's doubling the amount it will reimburse its employees for adoption and surrogacy fees (though the company did not make public the specific dollar amounts).

By strengthening its family-related benefits, the retailer is making it less likely that employees will leave in the wake of life-changing events like having a baby. Similarly, creating a system for emergency care means that parents (and those caring for their own elderly parents) don't have to choose between job and family when unexpected situations arise.

And, in the battle to lure the best retail workers, Target earlier this year bumped its minimum wage for entry level workers higher than Walmart's.

Walmart, of course, has fired its own salvos in the staffing wars. It too has raised wages, and it offers programs like its $1 a day college tuition. But on the whole, Target now provides what might be considered a more attractive benefits package.

It's a relatively good time to be a retail worker. Both of these giants have been forced to treat their employees better -- not only via stronger pay and benefits, but also by creating more career paths. If the labor market stays tight (or gets even tighter), expect both Target and Walmart to keep raising the stakes for each other, and for the many smaller companies vying for those workers.