Major market benchmarks rose on Thursday after an attack on two oil tankers sent the price of oil higher and energy stocks pushed up the averages. The Dow Jones Industrial Average (DJINDICES:^DJI) and the S&P 500 (SNPINDEX:^GSPC) posted moderate gains.

As for individual stocks, shares of lululemon athletica (NASDAQ:LULU) and RH (NYSE:RH) rose after the retailers reported strong results and raised guidance for the year. 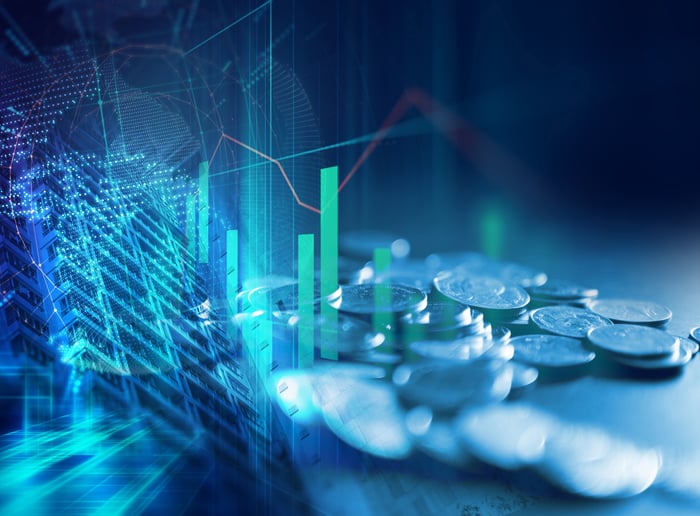 Lululemon stretches out its win streak

Lululemon Athletica reported fiscal first-quarter results that blew away expectations but gave guidance that may have disappointed some investors, and shares moved up 2.1%. Revenue grew 20% to $782.3 million, well ahead of its guidance range of $740 million to $750 million. Earnings per share jumped 34.5% to $0.74. The company had set expectations for EPS of $0.68 to $0.70 three months ago.

Comparable sales in physical stores increased 6%, while online sales grew a whopping 33% and now account for nearly 27% of total revenue. Gross margin expanded 80 basis points to 53.9%. The company opened 15 new stores in the quarter to bring the total to 455, an increase of almost 10% from a year ago.

The stock likely would have soared if it weren't for some conservative guidance. Lululemon increased its expectations for full-year revenue by only $30 million after beating Q1 guidance by more than that, and forecast EPS of $4.51 to $4.58 when Wall Street estimates were at $4.64. But given the tremendous momentum of the business, investors were nevertheless sticking by the stock today.

Shares of furnishings retailer RH, formerly known as Restoration Hardware, soared 15.8% as investors cheered fiscal first-quarter results and an aggressive hike to full-year guidance. Revenue increased 7.4% to $598 million and adjusted earnings per share skyrocketed 53% to $1.85. Analysts were expecting the company to earn only $1.55 per share on revenue of $584 million.

RH said that revenue accelerated in late March and that margins are expanding. Adjusted operating margin expanded from 8.8% in Q1 last year to 11.8%, and the company expects to achieve between 12.6% and 13.2% for the full year.

RH increased fiscal 2019 revenue guidance by $42.8 million at the midpoint, or 1.6%. Adjusted EPS guidance was raised 7.7% to a range of $8.76 to $9.27. The magnitude of the raise from the forecast three months ago means RH expects the strength in Q1 to continue through the year. But that outlook is still substantially below 2019 guidance given earlier, so despite today's big gain, the stock remains down 8.3% for the year.