An activist investor firm and major shareholder is pushing for big changes to the burger chain's business plan and boardroom composition.

Shares of Red Robin Gourmet Burgers (RRGB -1.26%) sprung as much as 31.1% higher on Thursday morning, driven by an activist investor firm suggesting a review of strategic alternatives. By 11:50 a.m. EDT, the stock had retreated to a 29% gain.

A letter sent to the burger chain's board of directors by Orlando-based Vintage Capital also included an offer to buy the company at $40 per share -- 57% above Wednesday's closing price. The firm already owns 1.5 million shares of Red Robin, which works out to roughly 13% of the stock's public float.

"Our sincere hope, as explained to members of the Board on a number of occasions, was to work collaboratively to recruit an 'A+' operator to accept the CEO role and lead Red Robin back to greatness," the letter said. Vintage also noted that many high-quality CEO candidates appear unwilling to take the job due to Red Robin's "disastrous operating and market performance" and questionable leadership from the board of directors. 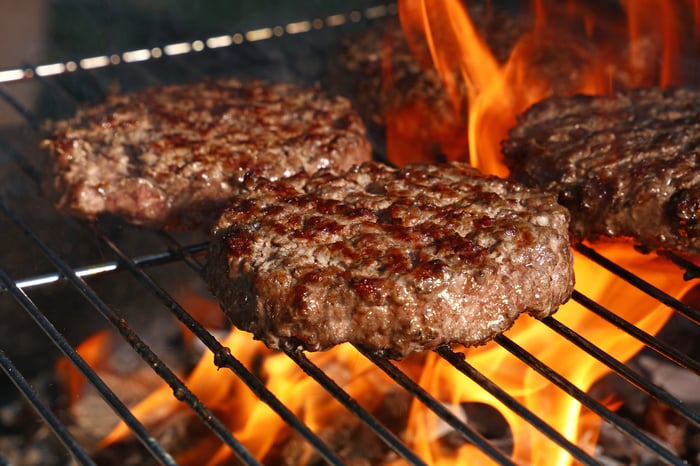 Vintage Capital also expressed frustration with Red Robin's decision to implement a poison-pill policy last week rather than embrace a value-boosting search for new leadership and/or a buyout. The firm made it crystal clear that it believes every solution to Red Robin's problems would require a complete overhaul of the boardroom, and that attitude is likely to set the stage for a vicious proxy fight. After all, the current board members are not likely to agree that they're doing a bad job and should be replaced.

That being said, I actually like what Red Robin is doing to its omnichannel order-and-delivery platform these days, and the stock is still trading at just 6.6 times its trailing free cash flows. With or without Vintage Capital's strategic makeover ideas, I wouldn't mind buying the stock at these low prices.