You'll be shocked at how wrong most people are.

Most Americans (56.8%) have at least some money in a savings account, according to an online survey conducted on behalf of Personal Capital. Nearly half of those surveyed (46.5%) have no idea how much interest they get paid on their money, while 30.6% said they did know.

Thinking you know and actually knowing are two different things. More than half (60%) of survey respondents were wrong when it came to what the average interest rate paid on savings is. 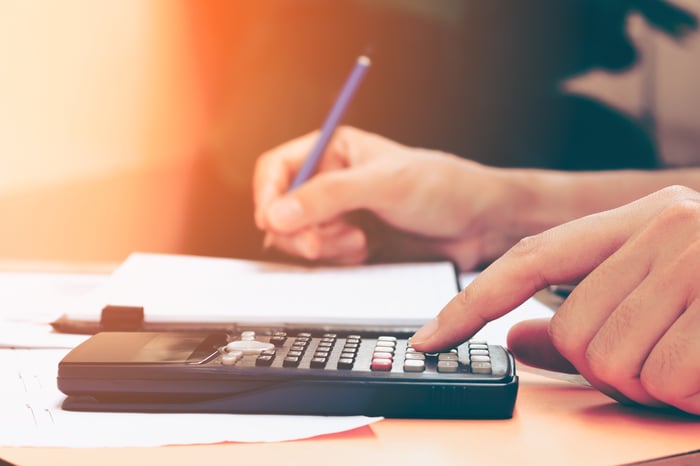 Most Americans have no idea what their savings account pays in interest. Image source: Getty Images.

How far off are we?

Four in 10 (40%) of those surveyed thought that the average interest rate is over 0.5%, and 19.6% think it's over 1%. It actually comes in below 0.1% at 0.09%, according to FDIC data. Basically, that means the average American thinks interest rates paid on savings are five to 10 times higher than they actually are.

Perhaps more disturbingly, most Americans don't seem to care. Over half (53%) have never checked to see if they can get a better rate elsewhere. And they can with a variety of providers, including some that might surprise you, such as T-Mobile, which offers its customers a checking account that pays 4% on balances up to $3,000 and 1% on amounts over that (provided various conditions are met).

A number of online savings accounts also offer interest rates well above the average. And, of course, Personal Capital commissioned this survey because it has launched a savings account that also pays fairly high interest.

Imagine taking a job without asking how much you'll be paid, then keeping that job for years and still not knowing. That's essentially what you're doing when you put your money in a savings account without checking on the interest rates.

Finding a better rate isn't hard. You just have to do your homework and look at all the fine print. Some accounts pay a high rate only initially or require a certain amount be deposited each month. Others lack convenient deposit options for people not used to doing all their banking online.

It's important to make your money work for you. The difference between 0.1% and 2% results in meaningful money over the course of a year. Let's say you keep $10,000 in savings on average. At 0.1% you'd have earned $10 in a year, while 2% makes you $200. That's not a life-changing difference, but it's a really nice meal or an additional investment for your future or in your emergency fund.

This isn't just about interest on savings accounts. It's important to understand how your money is working for you and what others are paying for the privilege of using it.

The only way to know is to look at your expenses and then shop around. You may find that there are better deals, not just on savings accounts but in all sorts of different financial areas.