The besieged toymaker turned down yet another potential merger opportunity, which could lead to a hostile takeover.

It's been a rough few years for Mattel (MAT -0.36%). The toymaker has faced a challenging retail environment, declining sales of some of its flagship products, and missteps that cost the company a lucrative licensing deal. These factors have taken a toll on the stock, which has shed nearly two-thirds of its value over the past three years.

The tantalizing price has resulted in a number of buyout proposals for the struggling toymaker. The latest offer came from rival MGA Entertainment, which was categorically rejected by Mattel. The company's chief legal officer, Bob Normile, responded to the proposal saying Mattel's board "has unanimously concluded that your proposal is not in the best interests of Mattel and its shareholders." He went on to say that Mattel was "not interested in further discussions."

After the bid was rejected by Mattel, the CEO of closely held MGA, Isaac Larian, said the company is "looking at other options" in order to acquire the company. 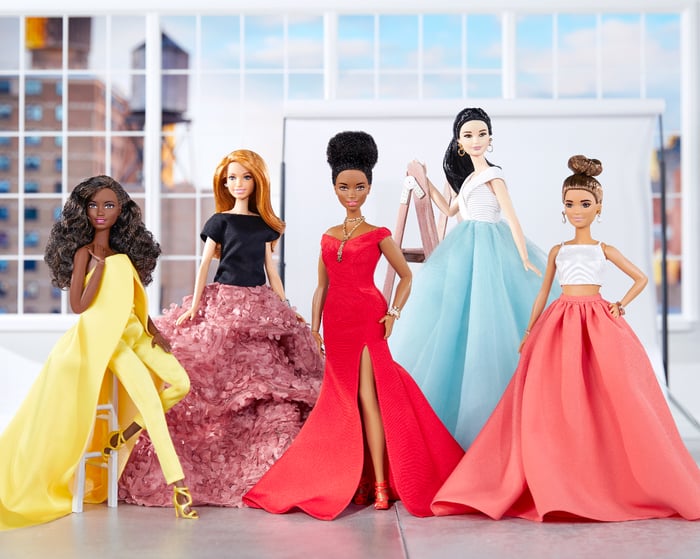 MGA is the company behind the popular Bratz, L.O.L. Surprise! Dolls, and Little Tikes. MGA most recently approached Mattel's management in May, citing the company's plummeting stock price and mounting debt as catalysts for a potential takeover. Mattel passed on the offer and Larian had harsh words regarding the company's refusal to consider the deal.

"I try to do things in a peaceful manner, very confidentially, and you saw what the response was, so there are other options available to take over a company for the sake of shareholders, and we are looking into different ways," Larian said. In the absence of Mattel's cooperation, this would seem to suggest the possibility of a hostile takeover, which would involve offering a deal directly to Mattel's shareholders.

This isn't the first time MGA has offered to purchase its rival. The company made overtures to Mattel in 2015 that were also shot down. Larian said he's a Mattel shareholder but refused to divulge how much he has tied up in the company. He also wouldn't elaborate on what other steps he's considering to take control of Mattel. "I'm looking at other options, frankly, because I don't think the board is looking to do what's right for Mattel shareholders."

Larian accused Mattel's management of breaching their "fiduciary duty to shareholders" in a tweet earlier this week. The tweet also linked to a series of increasingly hostile letters going back to 2015, appearing to document MGA's attempts to buy Mattel.

A perfect storm -- and not in a good way

Mattel was already dealing with declining sales of its Barbie dolls when it was hit hard by a strategic blunder that cost the company a lucrative licensing deal for Disney's princess and Frozen lines in early 2016. The bankruptcy filing and subsequent liquidation of Toys R Us couldn't have come at a worse time for Mattel as the toy retailer was it's second-largest customer, responsible for between 15% and 20% of the company's domestic sales and 11% of its global business.

The overall environment has also been challenging for Mattel. Toy sales in 2017 grew just 1% year over year in the U.S., according to market research company NPD Group. Those sales were pressured even further in 2018, declining 2% year over year due to the fall of Toys R Us, after notching four consecutive years of growth.

MGA isn't the only company interested in leveraging Mattel's intellectual property. Hasbro reportedly offered to buy the troubled toymaker, most recently in late 2017. Mattel rejected the bid in order to focus on its own turnaround plans.

Mattel has been through four CEOs in as many years, and financial matters have gone from bad to worse for the beleaguered company. It may now be forced to defend against a hostile takeover, which will only further distract Mattel execs from an already floundering recovery.

Should You Buy Mattel After Disney Toy Deal?
409%