Streaming video veteran Netflix (NASDAQ:NFLX) held its annual shareholder meeting on June 6. At the meeting, investors gave the four Class II directors who were up for reelection a wake-up call and also approved a shareholder-friendly governance amendment by an overwhelming majority.

None of these vote counts is likely to make a lick of difference to how Netflix runs its business.

That statement tastes disgusting in my mouth. I hate Netflix's lack of respect for shareholder opinions.

I'm not alone in this assessment, of course. Corporate governance watchdog Institutional Shareholder Services, for example, gives Netflix the worst possible governance-quality score of 10, on a scale from 1 to 10 where lower numbers point to lower governance risk and higher numbers are bad news. The audit committee gets high marks with a score of 2, but Netflix scores a terrible 10 regarding compensation practices, shareholder rights, and board quality.

And, as I pointed out above, shareholders made it known that they don't like Netflix's board of directors very much.

Results of the vote

The approval ratings for reelected directors were dismal:

Voters also gave a 40% approval rating to Netflix's CEO compensation, balanced against a 40% "against" bloc and 20% abstentions. The board of directors recommended that shareholders approve all of these items, so it's not comforting to see the actual approval tallies stopping short of 50% in each case.

The board did get its way in a couple of votes, though. An independent suggestion to expand the company's political disclosures stopped at 33% thumbs-up ballots, in line with Netflix's official recommendation. And auditing firm Ernst & Young was kept on board with a massive 96% yes vote. That's no surprise, given E&Y's status as one of the Big Four global accounting firms.

Shareholders also gave massive support to a familiar proposal. Once again, the California State Teachers' Retirement System requested an amendment to Netflix's bylaws that would give shareholders a more direct say on how the company should be managed. By removing the current requirement of supermajority shareholder approval for making significant changes to Netflix's bylaws and board structure, the board and management would have a tighter shareholder leash around their necks.

This proposal gathered a 69% yea rating, up from 67% in last year's shareholder meeting and 52% in 2017. The same amendment has been proposed many times in the past, collecting as much as 80% support from the voters in 2016 and 2015. This year's approval ratings landed well ahead of the 67% supermajority required for making such changes -- yes, the exact thing under consideration here. 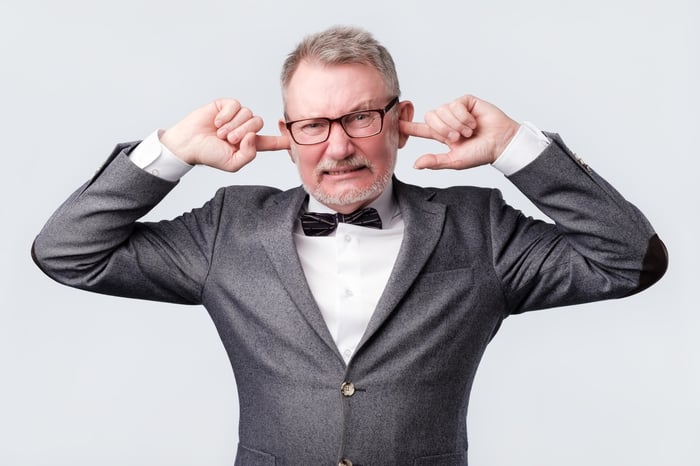 Well, no. Here's the key detail from the proxy statement that lets Netflix simply ignore even the overwhelming level of support here:

"The proposal is precatory and, accordingly, is not binding on the Board or the Company." (emphasis added)

That's business as usual for shareholder proposals. A precatory proposal translates into a wish stated by an outsider, rarely coupled with legally binding force. As for the directors receiving limited shareholder support, that's a forcing vote, but the company would simply adopt the four nominees with the highest number of affirmative votes. With only four nominees to choose among, the outcome is a given. Apart from this, every single item under consideration at Netflix's annual meeting was either precatory or advisory in nature.

So the request for more shareholder power was "duly approved," as these things generally are. But it was approved as a nonbinding proposal, as precatory as wishing on a shooting star and as advisory as a Tarot card. Nothing will change, Californian teachers will try again next year, and the entire drama gets to play out again.

So this is the one thing I wish Netflix would do differently. Shareholders literally own the company. The management team and board of directors actually work for the owners. There are no special stock classes tied to boosted ownership levels, insiders own no more than 1.7% of the total share count, and the public stock structure gives Netflix access to capital that just isn't an option for strictly private companies. Netflix wants the benefits from a public company model without having to pay any attention to what the shareholders are saying.

Directors will argue that the limits to shareholder powers make the company less vulnerable to hostile takeovers and other unwelcome revolutions. That argument may have made sense five years ago, but Netflix is now an absolute giant with a $149 billion market cap and $161 billion in enterprise value. At that size, the company is a very unlikely buyout target. Remember the epic, history-making merger between Walt Disney and Twenty-First Century Fox? That was only a $71 billion deal, less than half of Netflix's market value. Not even the House of Mouse looks like a sensible buyer at this point.

So I think it's time for Netflix to relax its anti-takeover policies and start listening to its shareholders. One of these days, the governance scores might start to improve as well.

Hey, a Fool can dream.