Please ensure Javascript is enabled for purposes of website accessibility
Log In Help Join The Motley Fool
Free Article Join Over 1 Million Premium Members And Get More In-Depth Stock Guidance and Research
By Adam Levy – Updated May 7, 2019 at 4:10PM

As a condition for its approval of Disney's (DIS 4.44%) acquisition of Twenty-First Century Fox, the Department of Justice required the buyer to divest itself of the 22 regional sports networks (RSNs) Fox had operated. Disney had been hoping to find a buyer for them before it closed the deal, but it found much less interest in the sports networks than it anticipated. Last year, analysts estimated their value at about $22 billion.

Disney won't get that much in its sale. Sinclair Broadcast Group (SBGI 1.19%) offered $9.6 billion for the portfolio of networks excluding the YES Network (New York Yankees). Disney has reportedly agreed to sell the YES Network to a group of buyers that includes Sinclair, Amazon (AMZN 4.50%), and the Yankees themselves for $3.5 billion.

The moves will finalize Disney's acquisition. Meanwhile, Sinclair and Amazon will gain valuable sports rights that they can use to package more networks to distributors, and bolster their over-the-top streaming services. 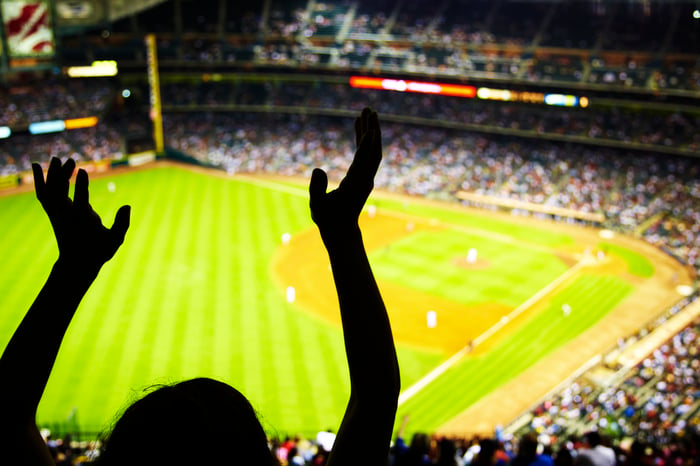 What Disney will do with the proceeds

It's hard to call what Disney will bank from its divestment of the Fox RSNs "proceeds," considering it paid a hefty premium to acquire them. In fact, you might say Disney is taking a bath on the sale.

Still, the sale will reduce Disney's cost to acquire Fox's core businesses by about $13 billion. Disney also agreed to sell Fox's 39% stake in Sky to Comcast for about $15 billion. Overall, that reduces Disney's acquisition cost to about $43 billion; still, it's quite a hefty price tag.

At the time of the Sky sale agreement, Disney CEO Bob Iger said the proceeds from selling Sky and the RSNs will "allow us to aggressively invest in building and creating high-quality content for our direct-to-consumer platforms."

Disney laid out its plans for its three direct-to-consumer streaming services at its investor day last month. It's going to invest billions in original content for its Disney+ service, ramping up from about $500 million in expenses next year to about $2 billion in 2024. It'll also have around $1 billion in operating expenses to cover starting this year. Meanwhile, Disney expects Hulu to produce a $1.5 billion operating loss this year; it owns two-thirds of the company. And ESPN+, its sports streaming service, will lose about $650 million this year and next year.

The $28 billion in proceeds give Disney more than enough runway to cover the content and expenses of operating its massive push into streaming. Management expects all three streaming services to show an operating profit within five years.

Sinclair might use the regional sports networks as leverage for cable distributors to increase the retransmission rates of its local broadcast channels, or package in its other cable networks that are in much less demand, like The Tennis Channel.

But where things get really interesting is that Sinclair will be able to stream some of its sports in its over-the-top streaming service. Likewise, Amazon will gain the rights to stream some Yankees games as part of its deal to go in on the YES Network. That's a great opportunity to capitalize on the shift in viewing from live TV and cable subscriptions to on-demand streaming video.

Likewise, Amazon has been pushing into live sports with select streaming rights. It streams select Thursday Night Football games to its Prime members. In Europe, Amazon has invested in soccer and tennis rights. The rights to stream Yankees games in parts of New York and New Jersey could encourage more customers to sign up for Prime. Additionally, sports rights give Amazon an opportunity to sell more advertising inventory.

While the RSNs would've given Disney's ESPN+ a huge boost in viewership, there are various other opportunities for Disney to acquire valuable content without facing antitrust challenges. Disney still expects to be able to grow the service to as many as 12 million subscribers by 2024, despite the potential competition in sports streaming. Disney's sale of RSNs to Sinclair opens the door for it to finalize its Fox acquisition and invest in streaming opportunities.