There's little doubt that Stranger Things is a huge success, and some would argue the show is Netflix's (NASDAQ:NFLX) biggest hit. The series, which combines elements of horror and suspense with a nostalgic look at 1980s pop culture, is both critically acclaimed and a fan favorite.

All that attention hasn't been lost on corporate advertisers, who are looking to cash in on the program's success. Since Netflix doesn't use traditional advertising, companies are finding a number of innovative ways to leverage the show's popularity. The third season of the blockbuster show is set to drop on July 4, and a growing number of companies are jumping on the bandwagon and releasing Stranger Things-themed merchandise.

In the end, the biggest winner will be Netflix. 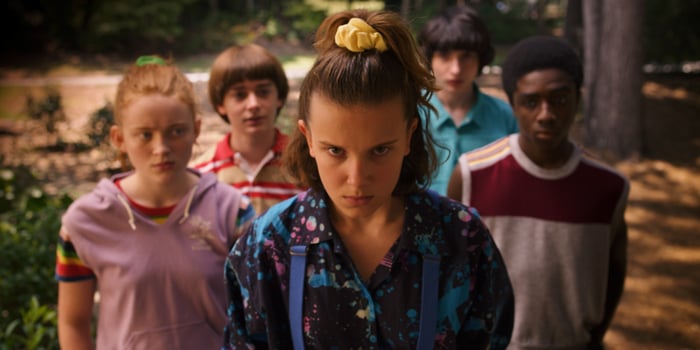 The Upside Down Whopper

Burger King has partnered with Netflix to create a Stranger Things-inspired Upside Down Whopper to commemorate the upcoming third season of the hit series. Based on the Upside Down -- the alternative universe in Stranger Things -- the burger is served topsy-turvy, with the bottom bun on the top and vice versa. The Upside Down Whopper is also banking on the nostalgia factor to help drive sales: The burger will come wrapped in 1980s-style packing. The limited-edition Whopper will only be available in 11 select cities, a nod to Eleven (played by Millie Bobby Brown), the main character in the show.

That's not all. The privately held burger chain will be offering additional swag for fans of the series, including t-shirts, pins, Stranger Things-inspired crowns, and ketchup packets that look like a bloody nose, another nod to Eleven's character in the show.

Sports apparel and footwear giant Nike (NYSE:NKE) is planning to release the Nike x Stranger Things collection later this month in advance of the third season's debut. The special edition will offer aficionados and fans two collections inspired by the hit show. The first -- the Hawkins High Pack -- takes its name from the Midwestern town and high school of the same that appears in the show. The set will include products using the school colors of green and orange, as well as its tiger mascot. The second is dubbed the OG Pack and features red, white, and blue products, a tie-in to the show's latest season, which is set in 1985 at the Hawkins Independence Day celebration.

Both packs will include a modern twist on Nike's 1980s designs, including tracksuits, tees, sportswear, and sneakers, featuring the Cortez, Blazer, and Tailwind shoes.

The Coca-Cola Company (NYSE:KO) made one of the biggest blunders in corporate history in the summer of 1985 with the release of New Coke. The soft drink giant noted that it "infamously changed the formula of its beloved flagship beverage" in an ill-fated move. Fans of the soft drink revolted, forcing the company to abandon the move and revert to the original recipe.

The company is bringing back the short-lived formula for a very limited promotional run, marking one of pop culture's most memorable moments of the decade. Coca-Cola had to re-create the logo and the slightly different red coloring that was used for the cans. The limited supply will also be augmented by Stranger Things-themed vending machines that will appear in select cities and dispense free cans of New Coke for a short time. 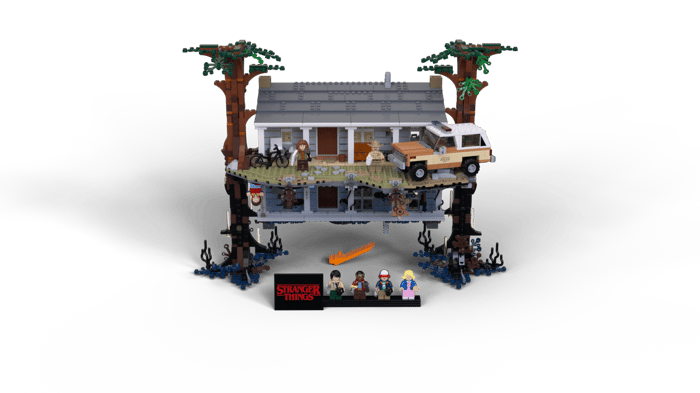 The Upside Down Lego set

Not to be outdone, Lego has released a re-creation of the Byers' house from Stranger Things, a set that contains 2,287 pieces and flips completely over to reveal the Upside Down. The model also includes Lego figures of eight of the principal characters of the show and a laundry list of features that will be instantly recognizable to fans of the program, including Will's bedroom, Chief Jim Hopper's police truck, and the Christmas light-adorned alphabet on the living room wall.

Those looking to add the iconic setup to their belongings should know it won't come cheap: The Stranger Things Lego set runs $200.

Leading toy maker Hasbro (NASDAQ:HAS) is going all-in on Stranger Things merchandise with a variety of toys and games that will surely provide something for everyone. The Dungeons & Dragons game, which sets the tone for the opening scene of season 1, will get its own officially licensed Stranger Things-inspired starter set, which includes characters and monsters from the hit show.

Hasbro is also releasing limited editions of some of its classic board games based on the program, including Monopoly, Trivial Pursuit, Ouija, as well as an Eggo-themed card game.

While Netflix is primarily in the streaming business, it's clear the company is making a serious move into merchandising. It's still very early stages for the company. But licensing its intellectual property could evolve into a lucrative business. RBC analyst Mark Mahaney has suggested that Netflix could eventually add more than $1 billion annually to its top line by licensing merchandise based on some of the streaming giant's wildly popular programs.

Obviously, that won't happen overnight, but it does suggest that Netflix is on the path to becoming a worldwide entertainment powerhouse.