As might be expected, Bitcoin Investment Trust (GBTC 2.21%), which enables investors to buy bitcoins without directly owning them, followed suit -- to up by more than 13%. 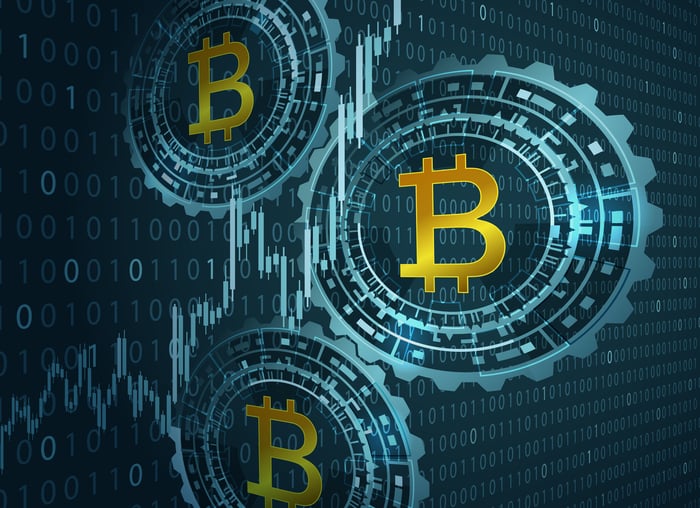 After a dismal 2018 and a drop in investor interest, bitcoin has rebounded nicely in 2019. Since New Year's Day, bitcoin is up by more than 140%.

Generally speaking, the rise in bitcoin's price this year seems to be fueled by renewed interest in cryptocurrencies among investors. Adding fuel to this fire are recent reports that Facebook (META 23.28%) is getting ready to launch a cryptocurrency of its own, which could be officially announced in a matter of days. According to reports, the cryptocurrency will be called GlobalCoin, will launch in 2020, and will be a stablecoin, meaning that it will be pegged to the U.S. dollar.

Many tech and e-commerce giants have spoken in support of Facebook's efforts. Facebook has signed up companies such as Visa, Mastercard, and PayPal to support its cryptocurrency. This level of "Main Street" attention has dramatically raised the legitimacy profile of cryptocurrencies as a whole.

One of the major obstacles to bitcoin's gaining more investor interest has been the legitimacy of the idea that cryptocurrencies can become mainstream methods of payment for goods and services. While the recent Facebook news certainly looks promising, it remains to be seen if the social media giant's new virtual currency will actually end up being used on a wide scale.

Randi Zuckerberg, a former director of market development and spokeswoman for Facebook and sister to its CEO, Mark Zuckerberg, is a member of The Motley Fool's board of directors. Matthew Frankel, CFP has no position in any of the stocks mentioned. The Motley Fool owns shares of and recommends Facebook. The Motley Fool has a disclosure policy.

Bitcoin Keeps Falling Along With Shares of Grayscale Bitcoin Trust
410%