A rate cut isn’t widely expected this week, but it’s not out of the question.

The Federal Reserve's policy-making Federal Open Market Committee (FOMC) is set to hold its two-day June meeting this week, with its latest interest rate decision, statement, dot plot, and economic forecasts all scheduled to be released at 2 p.m. EDT on Wednesday.

While the FOMC isn't expected to cut interest rates at this meeting, it's by no means out of the question. Here's a rundown of how likely a rate cut is, as well as the other things investors should keep an eye on. 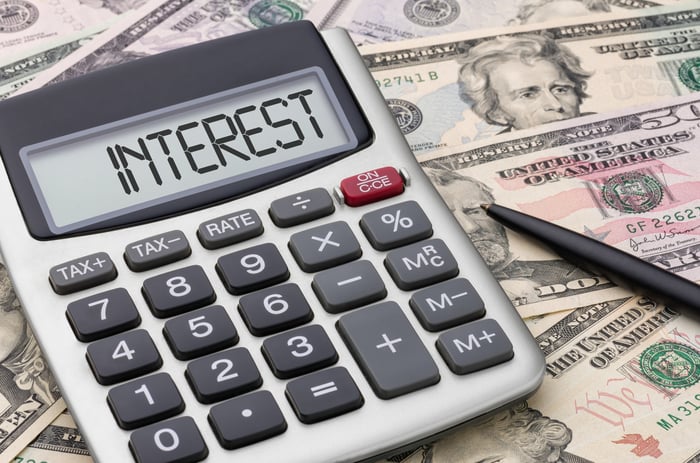 Will there be a rate cut, or will the Fed hold off for now?

The short answer is "probably not." Investors generally expect that the next interest rate move by the Fed will be a downward one but aren't convinced that it will happen at the June meeting.

The market seems more convinced that the FOMC will decide to cut rates at its July 31 meeting instead, with an 83% probability that at least a 0.25% percent cut will come at that meeting's conclusion. Here's a quick guide to where investors currently see rates going:

I mentioned that the market is convinced that the next move will be downward, so it's interesting to note that investors are not pricing in any chance of a rate hike at the next two meetings. To be clear, the FOMC could still decide to raise rates, but it's fair to say that this would be a big surprise.

If there's no rate cut, here's what to look for

There are few documents that are more closely watched and dissected word-for-word than the statement the FOMC releases at the end of each meeting.

While any change in language is potentially significant, the key word to look for this time if the Fed doesn't decide to go ahead with a rate cut is "patient." The rationale is that the Fed has used that word in previous statements to indicate that no interest rate movements are imminent. The removal of the word from the statement could signal otherwise.

Watch for clues about the future

The June FOMC meeting is one of the four each year where the members' economic projections are released, so in addition to the interest rate decision and the committee's statement, there are a couple of other things to look for:

The bottom line on the June Federal Reserve meeting

While the market is giving only about a 20% chance of a rate cut going into the June FOMC meeting, it's important to emphasize that this is the first time in a while where the Fed's action hasn't been a virtual certainty. For example, going into the March meeting, there was only a 1.3% chance that any rate movement would happen, and prior to the April meeting, the number had increased to only about 2%.

In short, this time around, the interest rate decision is front and center. Investors will also be watching the Fed's statement and projections for clues about the future, but all eyes will be on the real possibility of the first federal funds rate cut since December 2008.