Overstock wants to go all-in on blockchain -- by selling the source of 99% of its revenue.

Overstock.com (OSTK -0.91%) -- the one-time Amazon wannabe that's since become a play on digital currency -- revealed that it wants to get out of the retail business and go all-in on blockchain instead. 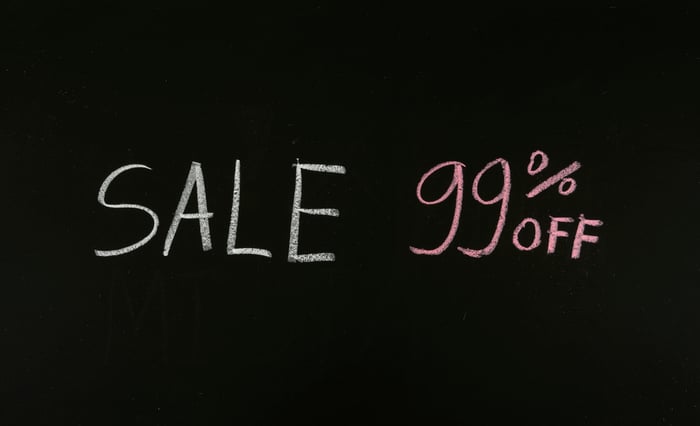 CNN is reporting that Overstock CEO Patrick Byrne made the revelation yesterday at the Fortune Brainstorm Finance conference in Montauk, N.Y. Said Byrne, "Two very attractive acquirers that I would have put high up on my list have shown up" with offers to buy Overstock's e-tailing business -- although he wouldn't say who those bidders were, or how much they were offering to pay.

What Byrne did imply was that on his side of the equation, Overstock is a pretty motivated seller. "There's no point in trying to compete [in retail anymore]. It's way too expensive," said Byrne.

So instead, Overstock wants to jettison the retail business that provides 99% of its revenue and focus on blockchain technology full time, with Byrne saying he thinks his company can make $20 million in earnings before interest, taxes, depreciation, and amortization (EBITDA) this year.

To do that, Overstock may have to get out of retail. The company is struggling to compete with better-run and better-funded retailers, and S&P Global Market Intelligence data show that Overstock has posted negative EBITDA margins for two years running.

In fact, though, even abandoning retail and focusing 100% on blockchain may not be enough to save the company. Although Byrne argues that "our earnings have turned," the company's Tzero token trading systems business has grown its revenue only 25% over the past two years -- and sales declined last quarter. Trailing revenue shows Tzero brought in less than $19 million over the last 12 months -- after the company spent $150 million building Tzero.

It makes an investor wonder if maybe Byrne is selling the wrong part of Overstock's business.

John Mackey, CEO of Whole Foods Market, an Amazon subsidiary, is a member of The Motley Fool’s board of directors. Rich Smith has no position in any of the stocks mentioned. The Motley Fool owns shares of and recommends Amazon. The Motley Fool has a disclosure policy.