Slack, Beyond Meat, and Fiverr are only the tip of a looming iceberg.

Lately, it seems that the only sure way to make lots of fast money on the stock market is to jump onto an initial public offering (IPO).

Fresh issues have been all the rage across the past few weeks -- witness the monster first-day pops of Beyond Meat (BYND -0.86%), Fiverr International (FVRR -1.82%), and even the tradition-bucking direct IPO of Slack Technologies (WORK). None of these companies is profitable, by the by, but this doesn't matter. Regardless, we can expect plenty more IPOs in the coming weeks and months. 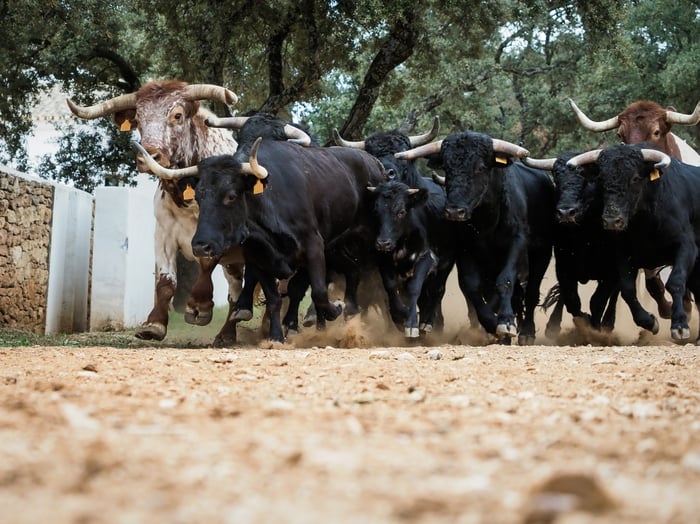 IPOs tend to come in waves, and not surprisingly they tend to come when the market is frothy. That's a big reason we've seen so many lately.

Buying into a new stock on the exchange is always a leap of faith to some degree; people are being asked to put money into a company when a vast pool of investors hasn't been able to fully determine its value. So it's sensible to place a new stock onto a bull market pregnant with optimism.

Another effect of a long, upwardly mobile market is that it drives up prices for stocks that have long been investor favorites. For example, Costco Wholesale (COST -0.15%) keeps reaching new peaks, which is saying something for a company that's been publicly traded since 1985.

So you've got a combination of happy optimism and a yearning for something new that hasn't had a price run-up resembling a Himalayan slope. Enter the freshly minted IPO.

Compounding the matter, some of the higher-profile stocks that have arrived on the market lately are from companies that are either somewhat well-known already, have novelty value, or enjoy a combination of both. Good fundamentals and/or prospects help, too.

Beyond Meat is exciting because it's the first true alt-food stock available, it's hitting at a trendy time for such products, and the company's signature Beyond line is quickly finding a niche. Fiverr is an unprofitable enterprise that operates on a dubious gig-economy business model. Yet Fiverr is quite a well-known brand, plus it has novelty value as a big, wide marketplace for inexpensive freelance work.

Finally, it's enormously helpful if your new listing is for a stock that operates in a white-hot segment of the economy.

That situation helped the price of CrowdStrike Holdings, a cybersecurity company that uses cloud-based software to find and eliminate e-threats, pop high on its first day of trading and more or less defy gravity since then. It almost seems uncouth to mention at this point that CrowdStrike has been an unprofitable business.

Any company hungry for bags of capital would want to list in such an atmosphere. The underwriting investment banks that reap fees and stock allocations by handling their stock issues are happy to egg these companies on.

Expected to arrive soon on the exchange are, among a galaxy of others, well-liked delivery service Postmates and DIY accommodation star Airbnb. Also apparently coming to market is The We Company, which sounds like the name of a bad 1960s pop band but is actually the parent of noted co-working space operator WeWork.

So how should investors play this invasion of IPOs? Wisely, I would suggest. Prices for new stocks can roller-coaster wildly in their first few days on the exchange. There are many instances when they've dropped, or popped quickly and then retreated. It's not good to rely on timing and luck when investing in anything, least of all stocks.

As ever, the best of these issues will probably thrive and rise on fundamentals. Novelty value wears off, trends shift, and fame only means attention, not necessarily success. Although it's a very uncool company far away from anything resembling hipness, Costco consistently delivers on fundamentals, and investors reap the rewards.

In other words, it's best not to get caught up in the crowd's rush to new stocks; better to wait patiently for the prices of the more fundamentally sound companies to cool down. Because very frequently they will -- at some point the masses inevitably move on to other new shiny toys.

The stock market isn't a place to run with the pack, nor is it the venue for blindly hopping on the latest Cool Ride. The IPO onslaught is upon us and it'll continue, but we don't have to get gored by the bulls.