Beyond Meat, ShockWave Medical, and Zoom Video have all soared since going public earlier this year.

Freshly minted stocks can be volatile. I recently took a look at four companies that have seen their shares double after going public earlier this year. Less than a month later, half of those IPOs have retreated to double-digit gains.

Let's take a closer look at Zoom Video (ZM -3.98%) and ShockWave Medical (SWAV -1.15%), two of the four from the original list that are still going strong. Let's also take a look at Beyond Meat (BYND -3.96%), the more recent IPO that is leading the way by nearly quadrupling in its first few weeks of trading. 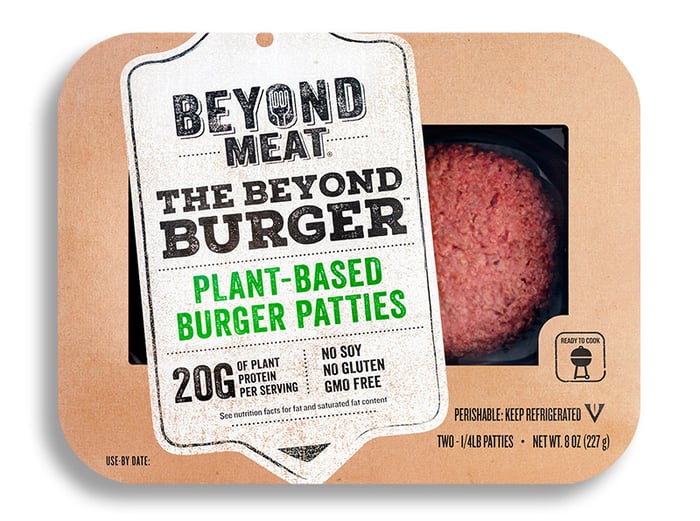 The valedictorian of the 2019 IPO class is a vegetarian. Beyond Meat is a fast-growing provider of plant-based burgers and other alternative-meat products, and it certainly made the grade after posting its first financial report as a public company after Thursday's market close.

Revenue more than tripled, up 215% to hit $40.2 million. The success of its The Beyond Burger as it gets picked up by more supermarkets and restaurant chains has more than made up for the discontinuation during the quarter of its frozen faux chicken strips product.

Beyond Meat sees revenue soaring 140% to $210 million for all of 2019. There's still a lot of red ink for a company serving up a proxy for red meat, and bears will argue that a food company should never trade at 30 times this year's projected sales. However, it's hard to stop a stock when its product is skyrocketing in popularity.

Two of the four 2019 IPOs that have more than doubled this year are medical device makers, and let's check on ShockWave Medical. Its intravascular lithotripsy platform helps tackle cardiovascular disease by sending sonic waves through arteries to break up calcium deposits.

The stock has already more than doubled before soaring again after posting stellar growth in its first-quarter report last month. Revenue skyrocketed 450%, and its guidance calls for 169% to 194% top-line gains for the entire year.

It's important to frame these big jumps correctly, since ShockWave wasn't generating a lot of revenue before now. Even this year's numbers -- $7.3 million in revenue for its latest quarter and $33 million to $36 million in guidance for 2019 -- are puny compared to other medical device makers with similar $1.6 billion market caps. The excitement here is ShockWave's potential to apply its technology beyond its current stronghold of peripheral artery disease as it gains clearance and eventual market acceptance to tackle broader markets for coronary artery disease and aortic stenosis.

Another debutante that came through with blowout quarterly results this week is Zoom Video. The provider of video-conferencing solutions for enterprises also posted its first financial report as a public company after Thursday's close, and it saw revenue spike 103% to $122 million for the first quarter of fiscal 2020. Large companies continue to flock to Zoom's intuitive and reliable platform as the number of customers generating at least $100,000 in trailing revenue for Zoom has also more than doubled over the past year.

Zoom Video broke even on a reported basis for the quarter with an adjusted profit of $0.03 a share. Zoom Video's video-conferencing offerings are sticky, and once a company signs up it tends to lean on the platform more and more over time. The trailing net dollar expansion rate for customers with at least 10 employees has clocked in north of 130% for four consecutive quarters.

Zoom Video expects to post a small adjusted profit for all of fiscal 2020. It also sees revenue clocking in between $535 million and $540 million, 62% to 63% ahead of the $330.5 million it served up last year. Growth may be decelerating, but it's hard to argue with the success that Zoom is having as a disruptor in its niche.