It wasn't a very happy results reporting day for the two struggling retailers.

Wednesday's post-stock market close news was, as in weeks past, dominated by quarterly results figures released late in the afternoon.

The stocks of two companies reporting, furniture retailer Pier 1 (PIRRQ) and pharmacy chain operator Rite Aid (RAD 1.11%), are seeing plenty of action... although probably not the kind of action they'd like to see. 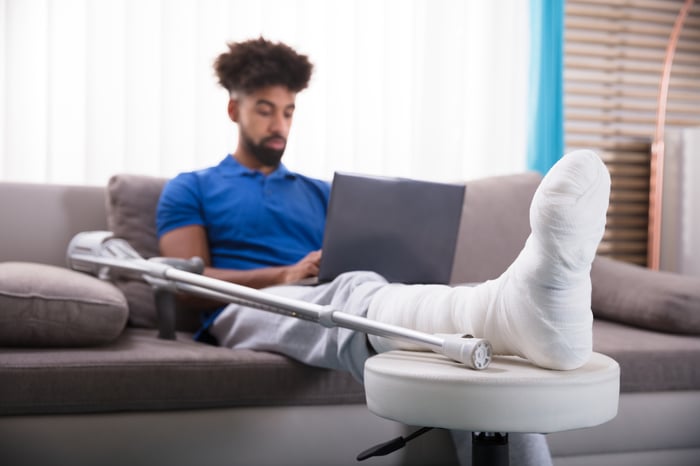 Rite Aid's stock could use a fresh bandage. It's getting hammered in the aftermarket; just now it's down 11% from its closing price today.

This follows the post-market release of its Q1 of fiscal 2020 results. During the quarter the company booked revenue of just under $5.4 billion, a slight decline from the same period last year. Same-store sales inched up by 1.4%.

Regardless, that bottom-line deficit was wider than the average analyst estimate of $0.90 per share. At least revenue broadly met projections -- analysts had been expecting around $5.4 billion.

Rite Aid, the country's No. 3 pharmacy retail chain, has really fallen out of favor with investors since its failed merger with Walgreens Boots Alliance. On a fundamental level, it has struggled to compete with the ever-more powerful Walgreens and CVS Health.

Another retailer fighting to remain relevant is Pier 1 (PIRRQ), which also unveiled its Q1 2020 figures after market close.

Those results were significantly worse than expected by analysts. On average, the prognosticators figured the company would absorb a per-share loss of $11.50 on net sales a bit north of $345 million.

Pier 1 is a poster-boy victim of the dreaded retail apocalypse. It hasn't adjusted well to the modern retail climate, and what's more, it operates in the always-competitive furniture and home furnishings segment.

Aftermarket investors are not in a tolerant mood with Pier 1 stock tonight. They're collectively trading the retailer's shares down by a steep 15% as of this writing.