The worst appears to be finally over for this long-struggling aerospace supplier.

Shares of Triumph Group (TGI -1.15%) soared 99.1% in the first six months of 2019, according to data provided by S&P Global Market Intelligence, as the long-struggling aerospace component manufacturer finally showed some progress toward a turnaround. The shares still have a considerable hill to climb before long-term holders are in the green, but at least Triumph finally appears to be heading in the right direction.

Triumph, a holding company that over the years has rolled up a number of disparate aerospace component businesses, has struggled in recent years to generate solid and consistent profits. But the company is now under new leadership. CEO Daniel J. Crowley was appointed in January 2016 with a mandate to simplify the company's 47 different operating entities spread across 72 locations worldwide. 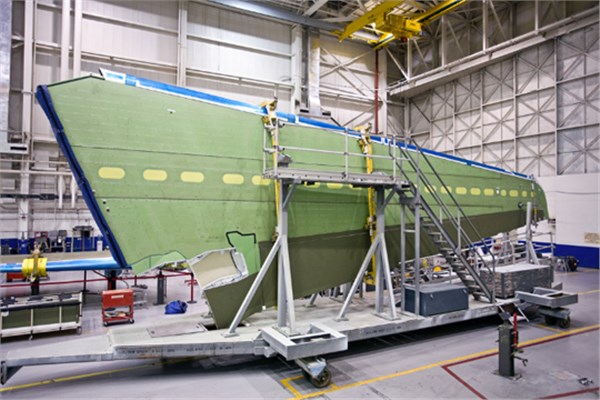 It's been a long and arduous process, but Crowley's efforts are slowly beginning to show progress. Triumph hit a major milestone in its restructuring in late January when it signed an agreement for Bombardier to acquire a wing program that had been eating into free cash flow.

Triumph sold the business for "nominal cash consideration," eager to get the unit off the books and to close the book on a contentious relationship with Bombardier. The sale was part of a broader effort by Crowley to merge internal units and sell underperformers.

The company's shares jumped 25% on the news of the Bombardier sale, and also benefited from news that Triumph had rebuilt a frayed relationship with Northrop Grumman, which had previously made Triumph ineligible to bid on new work.

Shares of Triumph, despite the spectacular first-half performance, are still down 67% over the past five years. And the stock, after rocketing higher in the first two months of 2019, has been in a trading pattern ever since. 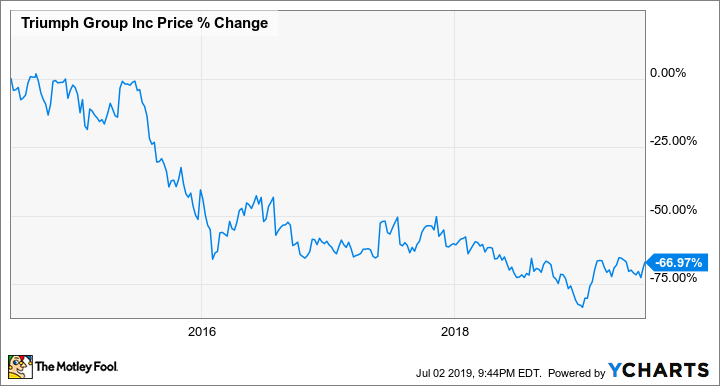 Crowley has done a good job of reducing the risk in Triumph's portfolio, as well as stabilizing cash flow and increasing working capital flexibility. It's a start, but Triumph is nowhere near the profit-generating machine that other aerospace component roll-ups including TransDigm Group and Heico are. And there are still some programs on the books that are breakeven at best, including work on Boeing fuselages.

Shareholders should rightfully celebrate the progress that the company -- and the stock -- has made in 2019, and take comfort that with the risk reduced, the odds of Triumph revisiting its lows has decreased. But Triumph is still far from a growth story, and investors likely still have a long, slow road ahead of them.