It's not just Apple (NASDAQ:AAPL) that's looking to move production out of China, although the Mac maker is among the largest multinationals that rely on the Middle Kingdom for product assembly. The consumer electronics supply chain has spent the past several decades consolidating in China and other parts of Asia, but President Trump's ongoing trade war with the country has made other major tech companies anxious about their supply chains, too.

Many are now actively evaluating the idea of shifting production elsewhere. 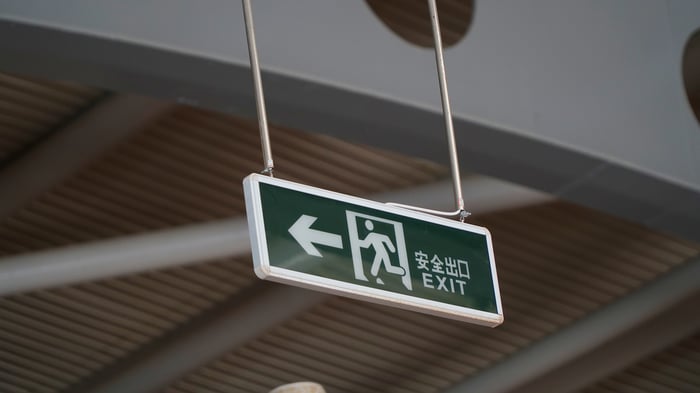 The Nikkei Asian Review reports that a growing number of gadget makers are exploring plans to move production to other countries, including HP (NYSE:HPQ), Dell (NYSE:DELL), Microsoft (NASDAQ:MSFT), Amazon (NASDAQ:AMZN), Sony (NYSE:SONY), and Nintendo (OTC:NTDOY), among others. Even Chinese companies like Lenovo are interested in a similar move, as are Taiwan-based PC makers Acer and Asustek. In an unexpected move, Apple is reportedly moving production of its new Mac Pro from the U.S. to China.

HP, Lenovo, Dell, Apple, and Acer are the top five PC vendors in the world (in that order), according to IDC, representing 77% of worldwide unit volumes in the first quarter. HP is considering moving 20% to 30% of production out of China, according to the report, potentially to Thailand or Taiwan. Dell has started producing a small number of laptops in Taiwan, Vietnam, and the Philippines.

Amazon's wildly popular line of Echo smart speakers and its Kindle e-readers are also assembled in China, but the e-commerce giant is considering Vietnam as an option.

Microsoft, Sony, and Nintendo represent the game console market and jointly penned a letter last month to the Office of the United States Trade Representative (USTR) arguing that the tariffs on game consoles coming out of China would cost U.S. consumers an additional $840 million and result in a net loss of $350 million for the U.S. economy even after accounting for tariff revenue.

"While we appreciate the Administration's efforts to protect U.S. intellectual property and preserve U.S. high-tech leadership, the disproportionate harm caused by these tariffs to U.S. consumers and businesses will undermine -- not advance -- these goals," the console makers wrote. Sources told the Nikkei that Nintendo is also looking at Vietnam and Microsoft is exploring Thailand and Indonesia for production.

It's worth noting that the U.S. trade deficit -- Trump's preferred gauge on whether the U.S. is "winning" or "losing" in trade -- jumped to $55.5 billion in May, according to new figures released today by the U.S. Bureau of Economic Analysis. That included a $30.1 billion trade deficit with China. Economists do not consider a trade deficit to indicate a loss to the economy, and in fact it can be the result of a strong economy.