Wednesday was a good day on Wall Street, as the Dow Jones Industrial Average, S&P 500, and Nasdaq Composite all reached record levels. Earnings season is right around the corner, and market participants are still concerned that it'll be hard to build on the tax-assisted growth that companies experienced last year. Yet overall, investors still seem optimistic about the ability of the U.S. economy to avoid a downturn and keep making modest progress. That didn't stop some stocks from posting significant declines, however. Electronic Arts (NASDAQ:EA), USANA Health Sciences (NYSE:USNA), and Broadcom (NASDAQ:AVGO) were among the worst performers. Here's why they did so poorly.

EA gives back some gains

Shares of Electronic Arts fell 4.5%, reversing some of the recent success that the stock has had. Coming into Wednesday's session, shareholders had been optimistic about the status of the video game industry, with the second season of EA's Apex Legends series having come out Tuesday. Analysts at BMO Capital even boosted their price target by $14 to $130 per share. Yet today, investors seemed to focus more on concerns about the sustainability of the video game industry's overall long-term growth trends. Despite those worries, though, EA has done a good job of using hit franchises to generate huge profits, and there's no clearly identifiable immediate threat to that business model. 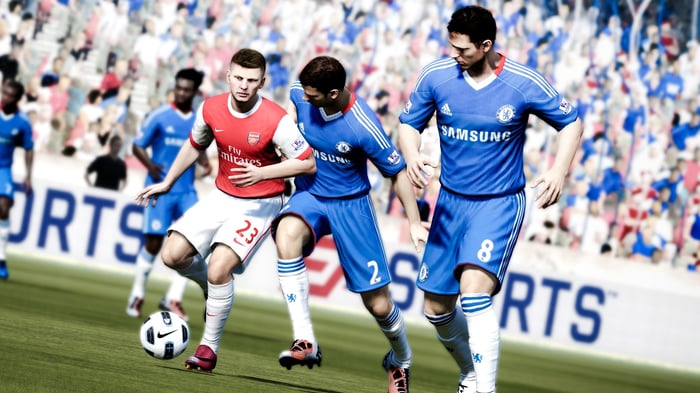 USANA Health Sciences saw its stock plunge 19.5% after it provided a preliminary look at its second-quarter financial results. The nutritional supplement distributor said that much as it had seen when it announced its first-quarter results back in April, USANA continued to struggle with difficult conditions in the Chinese economy that held back its revenue growth. The company had hoped that headwinds early in the year would give way to a more normal operating environment in China, but USANA projected that its sales will be down 15% to 16% in the second quarter compared to year-ago figures, and earnings could drop by as much as a third. Moreover, USANA expects continued difficulties for the rest of the year, and that disappointed shareholders who'd hoped that tough times would end more quickly.

Finally, shares of Broadcom dropped 3.5%. The stock fell on reports that the tech giant is looking at acquiring cybersecurity company Symantec, with investors weighing in with criticism of the idea from Broadcom's perspective. The move seems like a knee-jerk reaction to growth challenges that the chipmaker is facing in a tough industry environment, and those who are familiar with Broadcom know all too well that its past track record with acquisitions has been mixed at best. With considerable uncertainty in its core business due to trade tensions between the U.S. and China, Broadcom might not have picked the best possible time to consider a major strategic move.