Please ensure Javascript is enabled for purposes of website accessibility
Log In Help Join The Motley Fool
Free Article Join Over 1 Million Premium Members And Get More In-Depth Stock Guidance and Research
By Keith Speights - Jul 6, 2019 at 7:30AM

Bruce Linton is out as Canopy Growth's CEO. But he has some ideas on which cannabis stocks investors should consider buying.

Canopy Growth (CGC -5.09%) booted its former CEO and founder out the door on July 3. In the Canadian cannabis producer's press release, Linton stated, "The Board decided today, and I agreed, my turn is over." However, Linton called into CNBC on Wednesday morning and explained that he was forced out.

CNBC's conversation with Linton was fascinating. One of the most intriguing moments came when Linton was asked by CNBC's Kevin O'Leary which cannabis stocks he would invest in. Here are three pot stock tips straight from the mouth of Canopy Growth's ex-CEO. 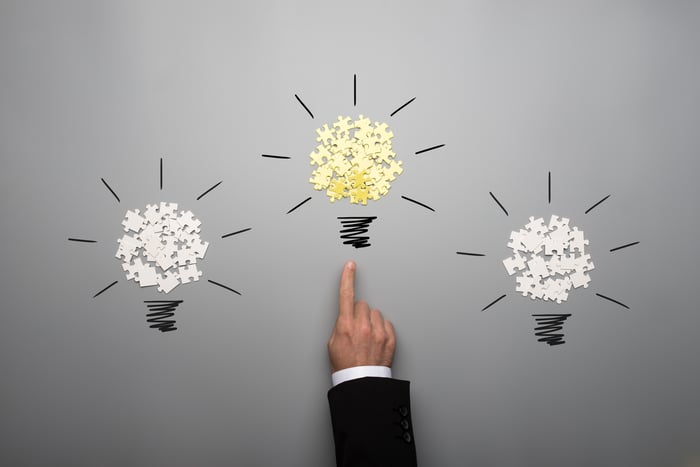 While Linton might not like being unceremoniously dumped, he's still a big fan of Canopy Growth. He thinks that the company "is in great shape." Linton pointed specifically to Canopy's employees' stock options that should allow the company to retain great talent. This could also have been a veiled swipe at critics of the employee options, which accounted for over half of Canopy's operating loss in Q4.

Linton continues to believe that Canopy Growth will dominate the global cannabis industry. That's why he's not planning on selling a big chunk of the 18 million or so shares of Canopy that he owns.

In particular, Linton thinks that Canopy's U.S. opportunity is tremendous. He led Canopy Growth to win approval to build a major hemp production facility in New York state and to strike a deal to acquire U.S.-based cannabis operator Acreage Holdings. The Acreage acquisition won't happen until federal marijuana laws change in the U.S. But Linton expects that will happen and when it does he thinks that his Canopy stock will be "worth a multiple then of what it's worth now."

What pot stocks does Bruce Linton like other than Canopy Growth? He put OrganiGram Holdings (OGI -9.02%) at the top of the list.

Linton said that he liked OrganiGram "because of how they run themselves." He added that he found the company "to be pretty solid." OrganiGram is one of only four cannabis producers to sign supply agreements for the adult-use recreational marijuana markets in all 10 Canadian provinces. It also has low production costs and is on track to be able to produce 113,000 kilograms of cannabis annually by the end of 2019.

He pointed out that Canopy Rivers offers "about 14 investments in one portfolio" and that it's run "by people who know the sector." Actually, Canopy Rivers now has 18 investments in its portfolio. These transactions include joint ventures, royalty streaming deals, equity stakes, and convertible debenture financing.

Although Canopy Rivers is a separate entity from Canopy Growth, the two companies still work closely together. Canopy Growth also owns around 27% of the subordinate voting shares of its spin-off after investing another $30 million into Canopy Rivers earlier this year.

Canopy Growth's board of directors, dominated by members picked by the company's big partner Constellation Brands, apparently don't think as highly of Bruce Linton as some do. But he certainly has a better understanding of the cannabis industry than most people. Are Bruce's pot picks smart stocks to buy?

I agree with 100% on Canopy Growth and OrganiGram. My view is that Canopy Growth is in the best position of any cannabis producer to win over the long run. I also really like OrganiGram. It seems to be, as Linton mentioned, a well-run company. I suspect OrganiGram could be on the short list of partner candidates for major companies operating outside of the cannabis industry.

While I understand Linton's perspective on Canopy Rivers, it's still a relatively new stand-alone entity. I'd prefer to wait and see how some of the company's investments pan out. However, Canopy Rivers could very well deliver solid returns down the road.

There's one other recommendation made by Linton in the CNBC phone call that I really like. It's not a stock pick but instead a replacement CEO pick. When asked who he thinks should take the helm at Canopy Growth, Linton replied, " It's unpopular, but I think Elon should take something else on, because he's a pretty creative guy." He was, of course, referring to Tesla and SpaceX CEO Elon Musk. Hey, why not?