Please ensure Javascript is enabled for purposes of website accessibility
Log In Help Join The Motley Fool
Free Article Join Over 1 Million Premium Members And Get More In-Depth Stock Guidance and Research
By Steve Symington - Jul 6, 2019 at 10:00AM

Shares of Decker's Outdoor (DECK -3.58%) climbed 15.7% in June, according to data from S&P Global Market Intelligence, extending the company's momentum from late May and rising along with the broader market (including a 7% rise in the S&P 500) as U.S.-China trade tensions began to ease.

To be clear, there were no new press releases, SEC filings, or analyst upgrades last month that might otherwise have spurred Decker's rise. But the parent company of brands including UGG, Hoka, Teva, and Sanuk was one of more than 170 footwear companies that banded together in May to issue an open letter to President Trump urging him not to impose crippling tariffs on their industry. In it, they argued a proposed 25% tariff would be "catastrophic for our consumers, our companies, and the American economy as a whole."

So, when relations started to warm in June, followed by an agreement between China and the U.S. at last weekend's G-20 summit to restart trade talks, it was hardly surprising to see Decker's climb in response. 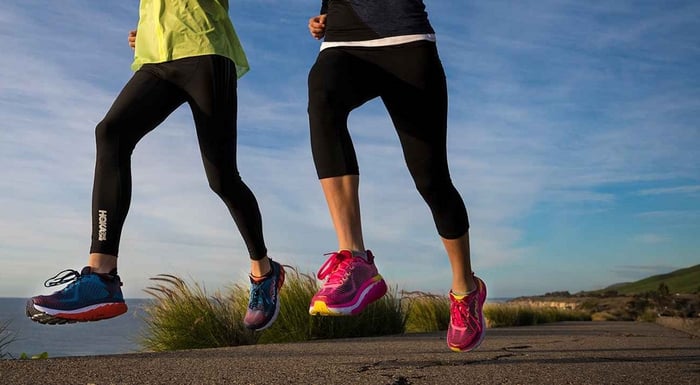 There's no guarantee those trade talks will be favorable for the footwear industry -- though on Friday, Chinese officials insisted there would be no trade deal unless all imposed tariffs are removed.

But investors should also know Decker's, in particular, is preparing to make tariffs a moot concern. During the latest quarterly conference call in May, Decker's CFO Steve Fasching said the company is working with its supply chain operations on mitigation strategies, including potentially shifting shipment timing and actively moving its production outside of China. And even if the proposed incremental tariffs are implemented, he said under 20% of Decker's global total would be subject to them.

However prepared the company might be, I suspect Decker's shares will continue to ebb and flow along with its industry peers in the near term -- at least as long as uncertainty remains in the global trade environment. In the meantime, I think the stock might be worth adding on any pullbacks as long as they're disconnected to the fundamentals underlying Decker's reasonably strong business.