Scott Levine
(TMFProudMonkey)
Author Bio
A member of The Motley Fool since 2006, Scott began contributing content in 2013. His focus includes renewable energy, gold, and water utilities. Follow him on Twitter. . . Follow @scott81236
This article represents the opinion of the writer, who may disagree with the “official” recommendation position of a Motley Fool premium advisory service. We’re motley! Questioning an investing thesis -- even one of our own -- helps us all think critically about investing and make decisions that help us become smarter, happier, and richer.

Rebounding from their 37.6% decline through the month of May, shares of Hecla Mining (NYSE:HL) skyrocketed 37.4% last month, according to data from S&P Global Market Intelligence. Investors moved early in the month upon learning of Hecla's revised approach to operations in Nevada. Moreover, the uptick in both gold and silver prices provided additional lift for the stock throughout the month.

For investors, June began with a bittersweet announcement from the company regarding its operations in Nevada. Acknowledging that "the Nevada operations have not generated the cash flow we had hoped for," management announced that it planned to cease mining operations at Hollister while continuing them at Fire Creek and Midas. With the anticipated reduction in mineral production, Hecla estimates it will generate a slimmer margin in 2019. Whereas it had originally guided for all-in sustaining costs (AISC) after byproduct credits to be $1,250 per gold ounce in 2019, the company now expects to report AISC of $1,325 per gold ounce for the year. 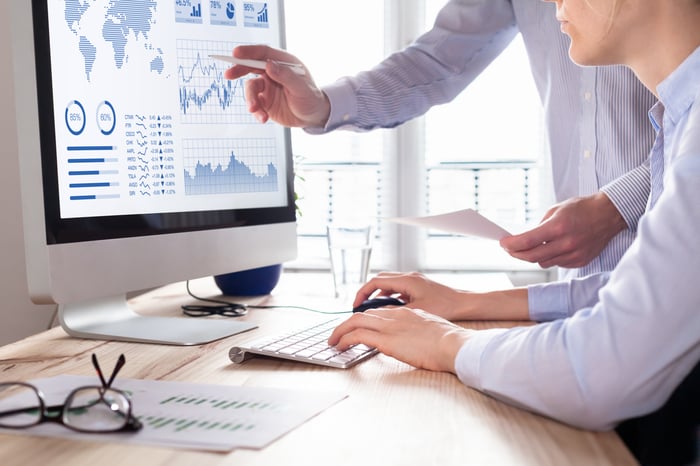 When examining mining stocks, it's always prudent to remember the high correlation between the movements of the stocks and the associated minerals in which the companies deal. In this regard, Hecla is no different. While the company benefits from the production of zinc and lead, precious metals are its bread and butter.

For investors with exposure to precious metals stocks, it's crucial to appreciate (if they don't already) that dips in these stocks are part and parcel of the market's whims. Consequently, while Hecla's climb may delight investors, they shouldn't dismiss the company's revised strategy for its operations in Nevada. If the price of gold remains around $1,400, Hecla should expect its operations to remain profitable, but a precipitous decline in the price could rock the company's financials for the worse.