Shares of construction services company MasTec (NYSE:MTZ) rose 10.8% in June, according to data provided by S&P Global Market Intelligence. It was a good month in general for stocks with significant infrastructure spending exposure as the market took a more positive view on economic growth after the pessimism expressed in the sell-off in May. It's not so much that the boom times are around the corner -- rather, it's that many stocks were previously sold off on fears of a marked slowdown that probably won't occur.

MasTec investors could be excused for being perplexed by the volatility in the share price because the news flow from the company has actually been very positive so far this year. For example, the fourth-quarter earnings report in February helped assuage fears of a slowdown even as other companies were giving disappointing earnings at the time. 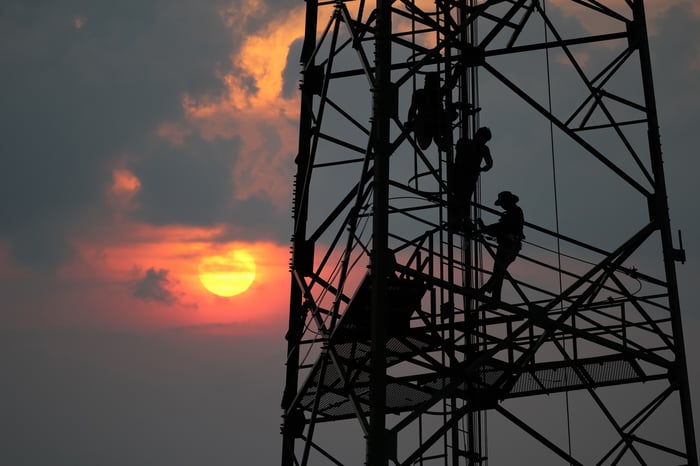 Fast-forward to the first-quarter earnings in May and MasTec was reporting revenue of $1.52 billion (representing 9% growth) as well as a record backlog of $8 billion. The company is seeing particularly strong growth on oil and gas-based revenue as energy companies (especially long-haul pipelines and shale) start to spend again after a few years of restraint due to lower energy prices.

Moreover, the company's other major segment, namely communications -- AT&T is its biggest single customer representing 23% of total 2018 revenue, where the rollout of 5G networks is expected to provide growth opportunities. For reference, AT&T expects to make another heavy investment with plans for gross capital investments of $23 billion in 2019 compared to a similar amount in 2018.

Clearly, sentiment has turned more positive on infrastructural investment conditions, and that's good news for MasTec's stock. If the market is right, MasTec looks well placed to benefit from an ongoing recovery in oil and gas-based spending while 5G network spending should provide a growth kicker in the future.

Throw in the possibility of some upside in power generation and transmission -- needed whether electricity is produced from traditional sources or from renewables -- and MasTec looks well placed for the coming years.

Investors will be looking to the company to execute well against its record backlog while taking full advantage of improving end-market conditions in oil and gas and communications. Analysts have double-digit revenue growth penciled in for 2019, and now MasTec has to deliver it.