The catalyst for the move was most likely the company's fourth-quarter earnings report delivered at the end of February. The report and guidance helped to assuage fears that the company was heading for a cyclical slowdown. 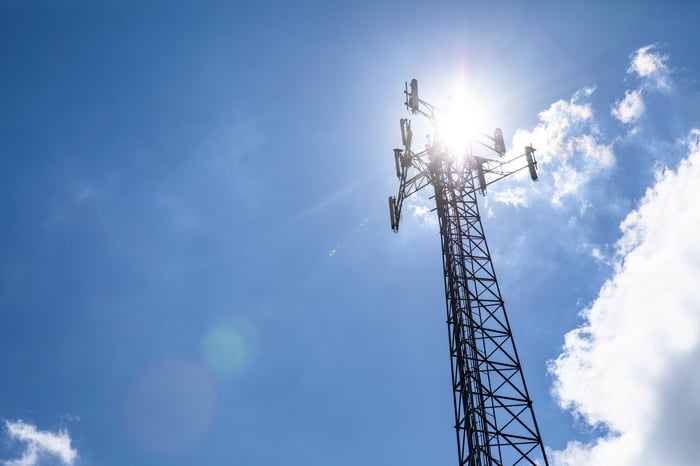 MasTec's exposure to energy pipelines, wireless/wireline telecommunication, and to a lesser extent, power transmission and generation make it the very definition of an infrastructural construction company. As such, when companies like Stanley, Black & Decker and Caterpillar gave slightly disappointing earnings in January, it's understandable that the market may have gotten a bit jittery regarding MasTec. Throw in the uncertainty around energy capital spending in light of the rapid decline in the price of oil in the second half of 2018, and those jitters could easily turn into nervous apprehension.

However, fourth-quarter earnings saw the company's revenue rising 19.6% to $1.9 billion, and management disclosed that its backlog stood at a record $7.6 billion. Moreover, oil and gas (around 47% of 2018 revenue) grew revenue at 28% in the fourth quarter. Focusing on oil and gas, management said the backlog at the end of the year was $2.1 billion compared to $2.5 billion at the end of 2017, but the 2017 figure doesn't include around "$1 billion of recent awards that will be added to backlog in the coming quarters," according to CEO Jose Mas on the earnings call.

All told, management is expecting a 10% increase in revenue in 2019 with ongoing strength in oil and gas and multiyear strength in communications (37% of 2018 revenue) driven by 5G deployment.

There are three important points, here. The first is that when macro-economic expectations turn pessimistic, all a company needs to do is to meet or slightly beat company expectations, and its stock is likely to perform well.

Second, while MasTec is definitely a play on infrastructural spending, it has its own individual earnings drivers. For example, the rollout of 5G networks in communications. Moreover, while spending in traditional onshore oil and gas is expected to be subdued in the first half of 2018, Mas noted during the last earnings call that "activity levels for both long haul pipelines and shale-related work remains high. We're also seeing a greater diversification of both number and geographic concentration of projects for 2019."

Investors will be keenly following what other infrastructure-related companies are reporting in the upcoming earnings season in order to get an early read on what to expect from MasTec. Of particular interest will be what companies with oil and gas capital spending exposure are saying about their prospects in light of the steady increase in the price of oil in 2019 -- something to look out for.