Shares of rail technology Wabtec (NYSE:WAB) rose 15% in June, according to data provided by S&P Global Market Intelligence. The move marked a recovery following a 15.8% decline in May.

The question is whether there was anything fundamental reason behind the move or was it just a case of the transportation sector outperforming as it tends to do when the market takes a more positive view of the economy. Frankly, it's hard to tell because, as you can see below, Wabtec's peers also had a good month in June. 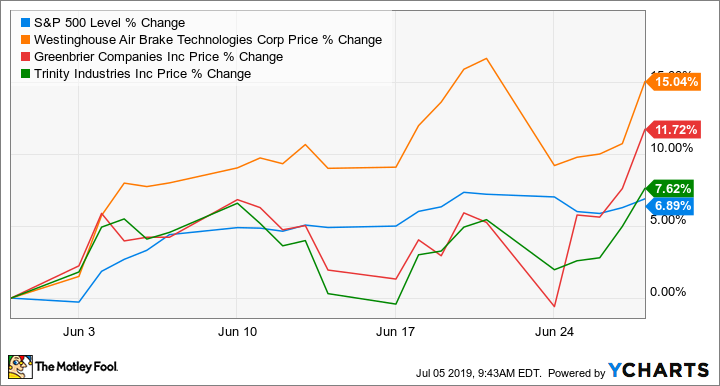 Moreover, there wasn't much good news on the near-term outlook for the railroad industry in general. For example, the closely followed freight rail traffic data from the Association of American Railroads (AAR) continues to show weakening conditions. For example, the latest weekly rail traffic data for the last week in June showed U.S. carloads down 5.3% on the month compared to June 2018. 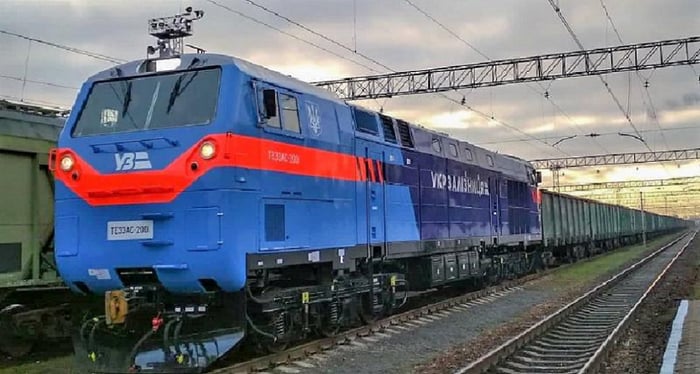 The dip marked the fifth straight year-over-year monthly drop for U.S. rail carloads with AAR Senior Vice President John T. Gray remarking that "manufacturing is responsible for much of the rail traffic base, but U.S. manufacturing output has been falling for several months. Housing too is in the doldrums, and trade is suffering because of tensions with trading partners overseas."

He went on to note that "railroads hope things turn around, both for their own sake and for the sake of the broader economy."

Obviously, if railroads are seeing their earnings prospects dim and/or are running fewer carloads, then the impetus and need to spend on Wabtec's locomotives and servicing will be less.

Despite the AAR indicators and signs of economic weakness, the market decided to take a more positive view on the long-term outlook. It's no secret that growth is slowing in 2018, but that doesn't mean the market needs to price in a recession.

Also, Wabtec has its own stock specific earnings driver in place as it sets about integrating its recent acquisition of GE Transportation -- a deal that's expected to generate significant cost synergy within a few years.

There are probably three things Wabtec investors need to look out for. The first is the general economic environment and its impact on the revenue line, the second is management's commentary on the acquisition integration, and the third is any impact from the increasing adoption of so-called Precision Scheduled Railroading (PSR) in the industry -- something that could lead to more efficient utilization of networks and possible less demand for locomotives and servicing.