$2.6 billion is a lot to spend on a resort and casino that will be all by itself in an unproven gaming market on the East Coast. But that's exactly what Wynn Resorts (NASDAQ:WYNN) spent to build Encore Boston Harbor, which opened its doors late last month.

For the casino company, this was a rare opportunity to expand into a wealthy East Coast city, which could ultimately be extremely lucrative. But investors have been watching closely for any signs that would show them just how lucrative the opening has been. 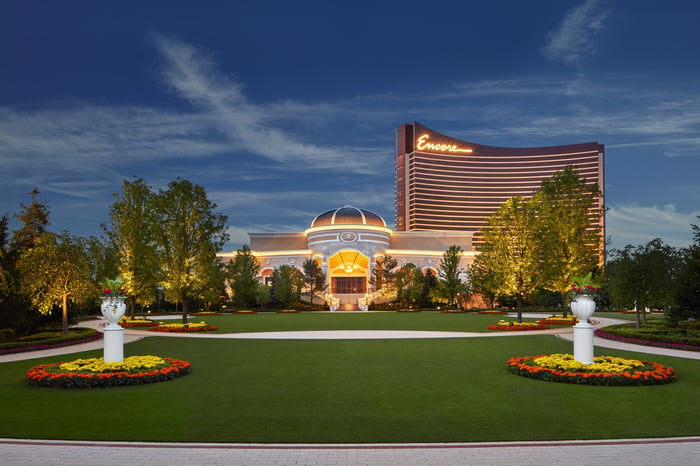 The Boston Globe recently reported that during the first 24 hours Encore Boston Harbor was open, there were thousands of people waiting to enter, the nightclub was sold out, and there was a wait to bet at the $100-minimum blackjack tables. At the least, these anecdotes indicate strong demand at the resort early in its existence.

When Wynn Resorts reports earnings, it'll be important to look at how those crowds translated to revenue in the resorts's first few days. Were hotel rooms full, were people gambling, and were restaurants and clubs busy enough to justify the property's cost. With a $2.6 billion price tag, the resort needs to generate a lot of revenue to be considered any kind of financial success.

Will Encore Boston Harbor be a success?

To make a decent return on investment, I think investors should look for at least $260 million in annualized property EBITDA, a proxy for cash flow from a property. This would be a 10% EBITDA return on what was invested and is a good benchmark to use for resorts. Assuming an EBITDA margin of 30%, that means the resort needs to generate $867 million of revenue per year, or $2.4 million per day.

That's a big number considering the resort has just 671 hotel rooms, compared with 4,750 at Wynn Las Vegas. The price of rooms will likely be higher than in Las Vegas, and have been going for over $1,000 per night at times. But there will be a lot of pressure on the hotel, restaurants, clubs, and the casino to generate a lot of cash each day.

Since there's no baseline for a casino near downtown Boston, it's hard to know what to expect from the property. But $2.4 million per day is a good benchmark to watch for -- and a lofty goal considering how small the property is. There could also be some ancillary benefits to Wynn Resorts as well.

When casino companies build new resorts or acquire competitors, one of the justifications is often customer loyalty within the resort network. Wynn Resorts has far fewer properties than competitors, but with resorts in Boston, Las Vegas, and Macao now open, there could be some loyalty benefits among them. For example, Wynn will be able to grow its Red Card program in Boston and potentially attract customers to Las Vegas.

Improved loyalty isn't going to be a main driver of value from Encore Boston Harbor, but any incremental benefit to Las Vegas or Macao would be welcome news for investors. 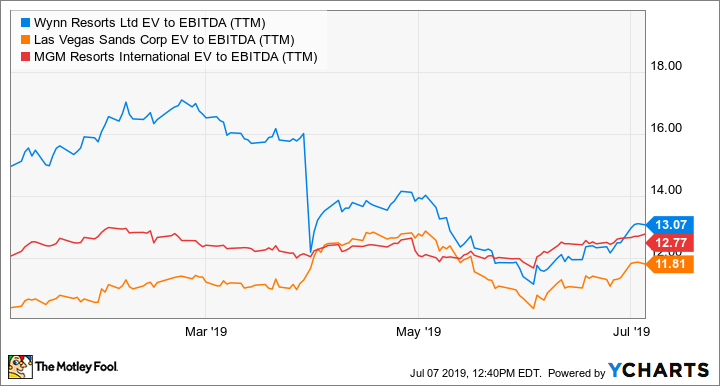 If the new resort performs well, rising EBITDA could make Wynn Resorts a better value for long-term investors, potentially pushing its EV/EBITDA ratio below competitors. And it grows Wynn Resorts' premium portfolio of resorts around the world, which is ultimately what management hopes adds value to the company.