Good news for the economy was bad news for stock traders Monday, as a strong jobs report on Friday dampened hopes for an interest rate cut and caused major benchmarks to retreat. The Dow Jones Industrial Average (DJINDICES:^DJI) and the S&P 500 (SNPINDEX:^GSPC) opened lower and traded in a narrow range during the session. 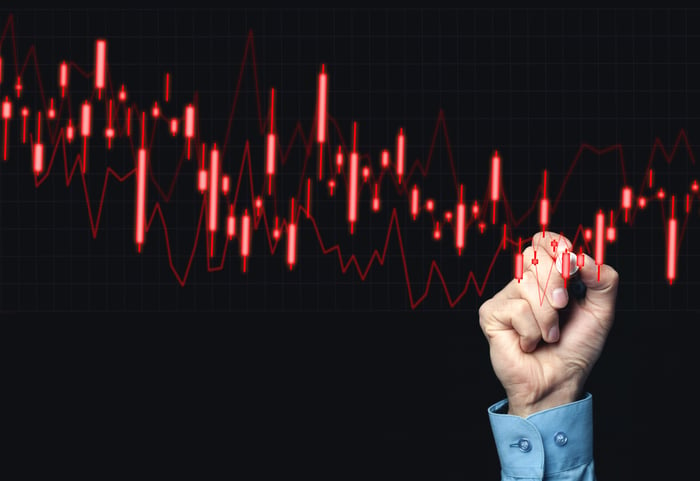 Shares of Sangamo Therapeutics rose 1.1% after the gene-editing specialist and partner Pfizer presented encouraging results from a clinical trial of its hemophilia A treatment. The data presented at a conference in Australia backed up an earlier announcement of interim results that caused a 29% jump in the stock price three months ago.

The phase 1/2 dose-ranging study is evaluating SB-525, a gene therapy that corrects the faulty gene that causes hemophilia A patients to have a deficiency of clotting Factor VIII protein. The 10 patients in the study have shown a dose-dependent increase in Factor VIII levels and the therapy has been well-tolerated. The new data includes results from two new patients from a cohort expansion, as well as updates on positive results in the other eight.

Pfizer will assume responsibility for further development of the treatment from here, working on plans for a study leading to FDA submittal and preparing for manufacturing SB-525. The two companies are also working together to use Sangamo's gene-editing platform to develop treatments for amyotrophic lateral sclerosis, or Lou Gehrig's disease, and frontotemporal lobar degeneration.

Canadian medical marijuana producer CannTrust was slapped with a noncompliance report from Health Canada for growing cannabis in unlicensed rooms in its largest greenhouse facility and for providing inaccurate information to the regulator. Shares plummeted 22.5%.

CannTrust accepted the finding, saying that the production in unlicensed rooms happened from October 2018 to March 2019 while applications for the rooms were pending with Health Canada. The company has placed on hold 5,200 kilograms of dried marijuana that were produced in the unlicensed rooms and another 7,500 kilograms of dried cannabis equivalent at its manufacturing facility, pending quality checks by Health Canada in the next 10 to 12 days.

CannTrust bulls have been excited about the company's capacity expansion and its recent move into the U.S. cannabidiol market. But with the threat of an enormous amount of cannabis -- a third more than what the company harvested all last quarter -- potentially going up in smoke before it's been sold due to apparent mismanagement, investors were wondering today if they can trust CannTrust.