On June 14, Evercore analyst Rayna Kumar reiterated her outperform rating and $101 price target on Square's stock. Kumar expects Square to grow its revenue by 31% and earnings by 55% annually over the next five years, fueled by new product launches such as Terminal, Register, and Online Store.

Later in June, Nomura Instinet analyst Dan Dolev highlighted the opportunity for Square to capitalize on the growth of the cryptocurrency market. Nomura Instinet conducted a survey of 100 U.S. merchants across various industries with more $100,000 in annual revenue. The survey showed that 60% of Square's merchants would accept bitcoin as a form of payment. Dolev believes these results demonstrate the untapped demand for cryptocurrency payment solutions, which Square is well-positioned to provide.

Dolev would go on to raise his price target for Square's stock from $90 to $100. 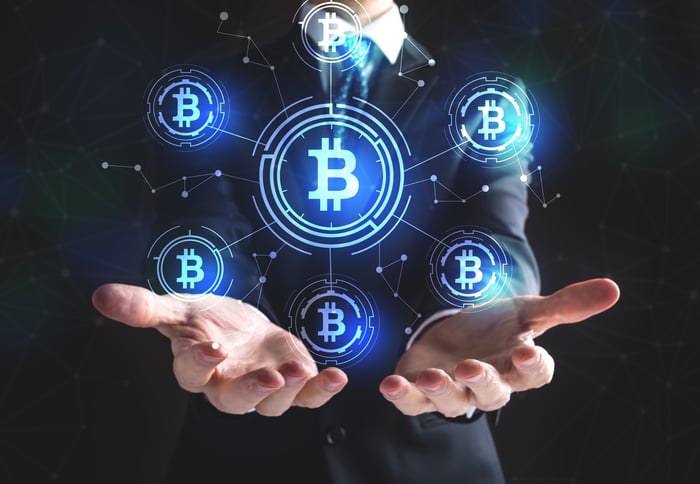 CEO Jack Dorsey has already taken steps to position Square to benefit from crypto adoption. The payments company offers the ability to buy and sell bitcoin on its popular Cash App. It's also reportedly beginning to roll out the ability for users to accept incoming bitcoin deposits.

Additionally, Dorsey is building a team of crack crypto developers to help strengthen bitcoin's ecosystem. This small group will report directly to the CEO. "The reason I want to do that is because I want to learn," Dorsey said during an interview with The Next Web. "This is important, and this is not a sub-team of some sub-team. This is at the top of the company."

Based on Dorsey's actions and comments, it's likely that he's well aware of the growing demand for cryptocurrency payment services. It's also probable that Square will be one of the first companies to supply these solutions, and perhaps earlier than many investors currently expect.