In contrast to yesterday's post-market trading scene, tonight's is fairly brisk. This is no wonder, as several potentially high-impact news items are streaming across the financial headlines.

Some are affecting the prices of the related securities. Cases in point: Facebook (NASDAQ:FB), T-Mobile US (NASDAQ:TMUS), Levi Strauss (NYSE:LEVI), and WD-40 (NASDAQ:WDFC). 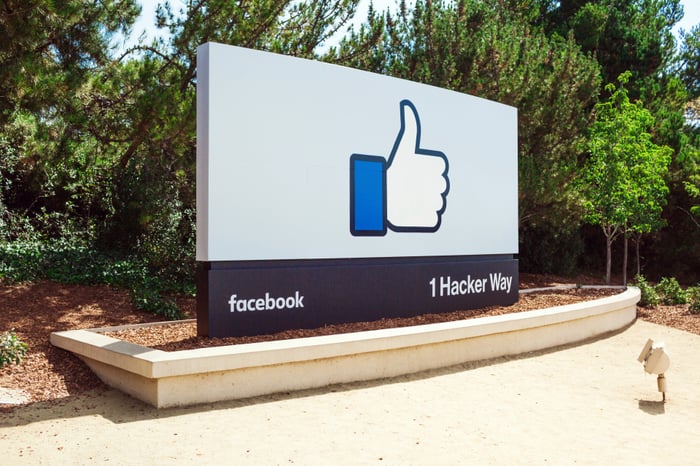 As mighty as it is, Facebook apparently can't realize its cryptocurrency dreams alone. In response to questions from the Senate Banking Committee, the social media giant said that its planned Libra cryptocurrency will require the assistance of large public-sector organizations, articles published after market close reported.

Facebook wrote that "[w]e want, and need, governments, central banks, regulators, non-profits, and other stakeholders at the table and value all of the feedback we have received."

Earlier this year, Facebook sent a tremor through the financial world with the announcement that it would launch Libra, a so-called stablecoin cryptocurrency, in early 2020.

The government is clearly concerned about Facebook's attempt to effectively mint its own money. Both the Senate and the House of Representatives have scheduled hearings on the matter next week.

Facebook seems to be playing a diplomatic game here, which feels like the right tone to take, given that it falls into controversy more often than is strictly necessary. Maybe that even presages a new, more conciliatory approach to public bodies and regulators in the future.

Perhaps after-market traders feel the same way -- the stock is up slightly in evening action.

The S&P 500, arguably the most influential stock index, is about to gain a new member. S&P Dow Jones Indices, the company that manages the S&P 500, announced after trading hours today that T-Mobile is to be a component of it prior to the start of trading on Monday, July 15.

T-Mobile is replacing current S&P 500 constituent Red Hat. The software company is being absorbed into IBM, which has just closed its $34 billion acquisition of the business.

For a lesser-known stock, inclusion in the S&P 500 is usually a boon, as it increases the company's visibility and makes it a prime target for the many index funds that are popular with investors these days. However, T-Mobile is already quite a high-profile company, so we shouldn't expect the move to have a lingering impact on investor sentiment.

Nevertheless, the market is greeting this news positively. T-Mobile US stock is trading nearly 4% higher in tonight's trading.

It wasn't a squeaky quarter for lubricants master WD-40, which comfortably beat analyst estimates for its Q3 of fiscal 2019 in an earnings report delivered after market close.

The quarter saw the company book net sales of $114 million, which was 7% higher than the same period of fiscal 2018. Net profit came in just over $18 million ($1.30 per share), a 12% improvement. Both results beat the average analyst estimates, which were for $109 million and $1.26 earnings per share, respectively.

Although the company is facing sluggish sales in the Americas, it saw notable improvements in the Europe, Middle East and Africa (EMEA) megaregion. It said that this was due to promotional activities and the popularity of its WD-40 EZ-REACH product.

The company updated its profitability guidance for the entirety of fiscal 2019, boosting it to a range of $4.58 to $4.65 per share. It believes it will increase its sales by 4% to 7%.

None of this news was bad. Consequently WD-40 shares are up by 3% just now.

Going the opposite direction is the stock of Levi Strauss, which dropped its Q2 of fiscal 2019 earnings late this afternoon. The company's revenue was $1.31 billion for the quarter, 5% higher on a year-over-year basis. On the other hand, headline net profit fell to $29 million ($0.07 per share) against the Q2 2018 tally of $77 million.

Analysts had been projecting $1.29 billion in revenue for the company, and $0.08 EPS.

Levi's April initial public offering (IPO) was one culprit for the bottom-line decline. The company said the issue cost it around $29 million. Still, it waxed optimistic on its results, specifically pointing to global growth in the men's, women's, tops and bottoms product categories, and improvements in its direct-to-consumer segment.

Levi proffered somewhat vague guidance for fiscal 2019. It anticipates revenue improvement "at the high end of the mid-single digit range," with EBIT margin growth of around 10 basis points.

Investors seem unsure; Levi's shares have declined by over 7% in after-hours trading.