The famous jeans maker is returning to the stock exchange in a big way.

A new regulatory filing has filled in the blanks for Levi Strauss's upcoming initial public offering (IPO), an issue that could reap over $550 million in total proceeds. The clothing manufacturer and retailer is returning to the stock market following a long absence after going private in 1985.

The company is most closely associated with denim fashion, which is undergoing one of its periodic revivals just now. Levi will likely use its proceeds from this issue to bolster its other product offerings. Does this make the prodigal stock a buy? Let's explore. 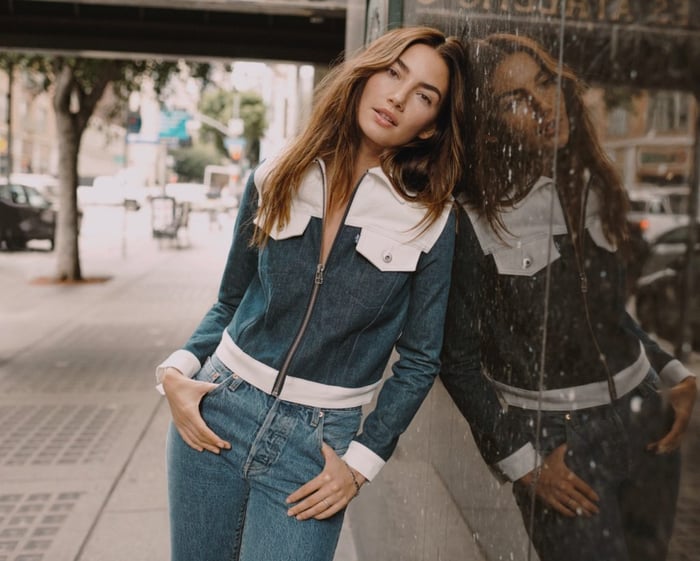 For most American consumers, Levi needs little or no introduction. The company effectively invented blue jeans in the early 1870s, stitching denim into rugged pants designed to withstand the rigors of a 19th century workday. Since then, they've gone in and out of style, although they have continued to be mainstays on apparel store shelves for many years.

A recent surge of interest in denim among young people -- always the engines of fashion -- is juicing the results of numerous clothiers. American Eagle Outfitters (AEO -2.36%) has markedly increased its presence in the segment. Meanwhile, growth in the category is helping Abercrombie & Fitch (ANF 0.50%) improve its overall results.

Levi is another boat rising with this tide. The company's revenue has risen in each of its last three reported fiscal years, most recently by 14% year over year to almost $5.6 billion in 2018. Levi has been consistently profitable lately, with the bottom line coming in at around $285 million in both 2018 and 2017, down slightly from the $291 million it netted in 2016.

Over the years, the company has done a good job making its products -- particularly the jeans -- nearly unavoidable. Levi's official literature says that its goods are available in roughly 50,000 retailers in over 110 countries. These run the gamut from department stores to premium outlets to Levi's-brand franchised and company-owned outlets.

Tops at the shops

Going forward, Levi wants to be more identified with clothes that aren't jeans. In its latest IPO prospectus, the company writes that it's "focusing our product design and marketing efforts to reshape our global consumer perceptions from a U.S. men's bottoms-oriented company to a global lifestyle leader for both men and women."

Every fashion retailer would love to be a global lifestyle leader for both men and women, driving the world of fashion with a wide assortment of clothes and accessories. Visit an Abercrombie & Fitch or American Eagle Outfitters store sometime to see a broad inventory of merchandise for both genders.

But it seems Levi has plenty of room to grow in its target areas. It points out that its net revenue for tops increased by nearly 40% in both fiscal 2018 and 2017, amounting to $1.1 billion in the former year. Meanwhile, in the women's-apparel segment, net revenue climbed by 29% and 25%, respectively, in those two years. The top line for 2018 from these goods was $1.6 billion.

On top of that, there's lots of potential in international markets. Levi has a big presence in the U.S. and certain other markets, but it's underrepresented elsewhere. Brazil, for example, was responsible for under 1% of total net revenue in the last fiscal year, yet Levi's sales there still grew at double-digit rates. China has also been a fraction of total sales. A firmer push in these two countries alone could add handsomely to Levi's results.

Finally, another positive for the stock is that the company also plans to continue paying a dividend, as it has done for its relatively limited group of shareholders since 2008. I should note that it hasn't yet specified how much the dividend will be.

To sum it up, Levi has a strong and familiar brand name that's known not only in the U.S. but around the world. That, combined with the numerous levers the company can pull to stimulate growth and pull ahead of peers like Abercrombie & Fitch and American Eagle Outfitters, plus the dividend, makes its new stock a compelling proposition.

Just under 36.7 million class A shares of Levi are to be sold in the issue at a price of $14 to $16 per share. Existing shareholders will sell slightly over 27.2 million shares, from which the company will receive no proceeds.

The stock is slated to begin trading on Thursday, March 21 on the New York Stock Exchange under the ticker symbol -- yes, you guessed it! -- LEVI. The big underwriting syndicate for the issue includes Goldman Sachs, Morgan Stanley, JPMorgan Chase unit J.P. Morgan, and Citigroup.

Why Children's Place Stock Was Falling This Morning