Consumer packaged goods multinational PepsiCo (NASDAQ:PEP) revealed second-quarter 2019 results on Tuesday that are largely proceeding according to plan. CEO Ramon Laguarta has promised a "faster, stronger, better" organization, and after two full quarters at PepsiCo's helm, Laguarta has ensured that faster is the operative word -- at least on the revenue front. Below, let's review salient details from the last three months, as well as management's outlook for the remainder of the year. Note that all comparative numbers that follow refer to the prior-year quarter. 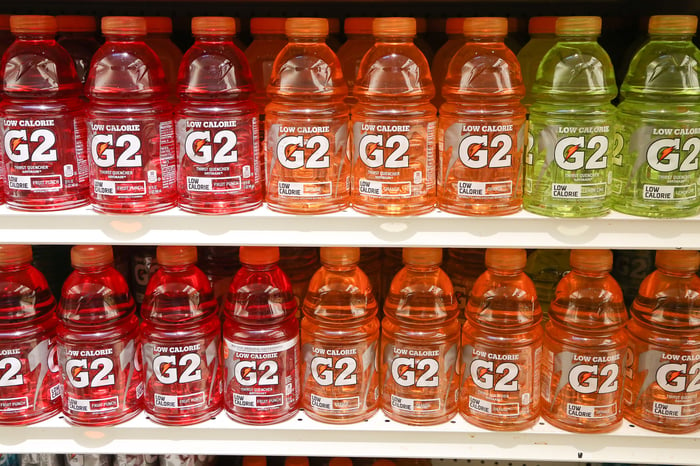 We are pleased with our results for the second quarter. While adverse foreign exchange translation negatively impacted our reported net revenue performance, our organic revenue growth was 4.5% in the quarter.

We are also pleased with the progress on our priorities to make PepsiCo a faster, stronger and better company by building new capabilities, strengthening our brands, adding capacity to grow and transforming our culture. Our performance for the first half and the progress we are making on our strategic priorities give us increased confidence in achieving the 2019 financial targets we communicated earlier this year.

As I discussed earlier this year, PepsiCo's strategic priorities largely center on optimizing the company's operations, from improving supply chains to accelerating the introduction of promising products to market. Coupling that with a crisper pace of revenue expansion, the company hopes to effect enough operational improvement to meaningfully boost net earnings over the next few years.

PepsiCo left its 2019 guidance unchanged on Tuesday. The company expects full-year organic revenue growth of 4%. That target is within reach, as PepsiCo is so far tracking closer to an organic growth rate of 5%.

Management anticipates that core diluted earnings per share will decline 1% on a constant currency basis. Given an expected 2 percentage points of foreign exchange translation in 2019, this indicates a decline of 3% from the $5.66 in core earnings per share booked last year. Even as the organization invests in more efficient operations, it doesn't expect to see significant bottom-line improvement until 2020 at the earliest.