Companies raising cash were among the hardest hit Tuesday.

The stock market had its ups and downs on Tuesday, as different parts of it dealt with current conditions in divergent ways. The broadest indexes were little changed, reflecting the ambivalence among investors about whether a summer rally will continue or fizzle out. Some stocks saw substantial downward movements for the day, though, and DaVita (DVA 0.19%), AquaVenture Holdings (NYSE: WAAS), and Liberty Oilfield Services (LBRT 0.47%) were among the worst performers. Here's why they did so poorly.

DaVita gets a healthcare reform scare

Shares of DaVita dropped 5% as investors responded negatively to the latest moves on federal healthcare reform. The Trump administration reportedly wants to try to change the way dialysis patients get their care, seeking to encourage greater use of home treatment options at the expense of the outpatient clinics that DaVita and some other companies in the industry operate. With a speech expected from President Trump on Wednesday, DaVita shareholders apparently fear that some of its rivals might be better-positioned to handle a shift toward home care than it is. 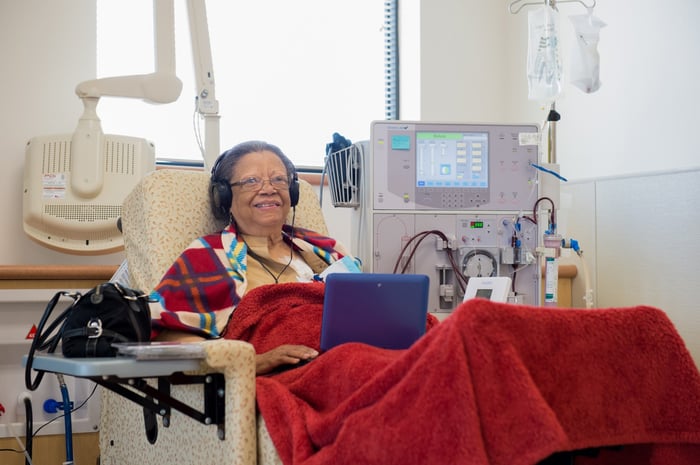 AquaVenture Holdings saw its shares drop more than 9% after the seller of filtered water systems and desalination and wastewater treatment plants said that it would look to raise capital through a secondary stock offering. Through an underwritten public offering, AquaVenture expects to sell 4.1 million shares to the public, along with the typical 15% option that underwriters will get to buy 615,000 additional shares. The company said that its directors, officers, and largest shareholder will agree to a 90-day lockup without selling shares, and it wants to use the proceeds for acquisitions, working capital, or other general purposes. The timing of the offering isn't perfect given the stock's higher price earlier this year, but AquaVenture's shareholders have to hope that the money it raises will be enough to meet its needs for the foreseeable future.

Finally, Liberty Oilfield Services' stock took a 10% hit. The oilfield services company said that it priced its secondary public offering of 8 million shares, getting $14.75 per share. That produced $118 million in gross proceeds, but it was also almost $1 per share less than the $15.69 closing price for the stock Monday afternoon. Investors weren't pleased with the implied dilution, sending the stock lower. Given that the share price wasn't far from its lowest levels over the past couple of years, it's not surprising to see Liberty Oilfield shareholders were unhappy with the move.