A look at the suite of products offered by Zendesk (NYSE:ZEN) lately makes it clear that the company wants to provide much more than customer support -- technology once known as help desk software.

As Sunshine and other new products rise, Zendesk's past as a provider of help desk software is fading. We've seen this story before: Salesforce.com (NYSE:CRM) has grown well beyond its historical roots in CRM to provide a cloud-hosted business computing platform for some of the world's largest businesses. Zendesk is on a similar trajectory. 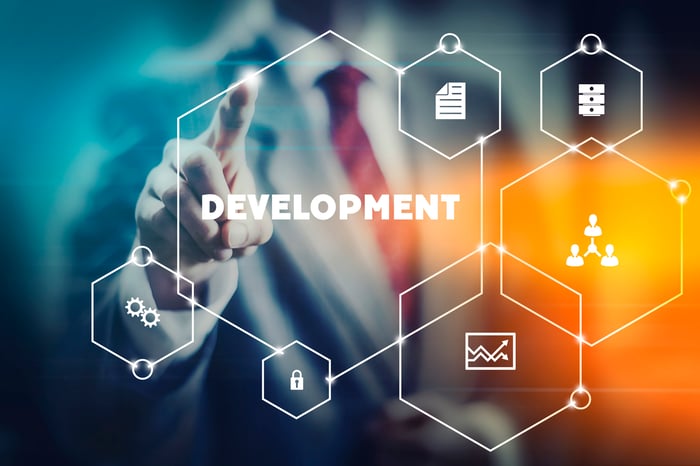 That doesn't necessarily mean Zendesk is the next Salesforce. Rather, what we're seeing is that customers that might need the features Salesforce offers in the cloud -- but not at the scale at which it prefers to operate these days -- are gravitating to smaller cloud players. Zendesk appears to be positioning itself to be a primary beneficiary.

Here's what this table shows:

Zendesk appears more than ready to bridge the gap. CEO Mikkel Svane, CFO Elena Gomez, and vice president for strategy Marc Cabi described their suite of products in the first-quarter letter to shareholders by saying, "Our investments to broaden our product portfolio and platform with seamlessly integrated omnichannel experiences and enterprise-scale capabilities -- all on the open, modern cloud -- have significantly strengthened our competitive position and driven high revenue growth."

While there's no guarantee that Zendesk will continue growing as fast as it has, the pattern should be pretty clear to investors. Svane and his team aren't just aiming to dominate the small- to medium-sized market; they want to at least scale to be Salesforce's peer. I wouldn't bet against them.