More than rebounding from their 26% decline in 2018, shares of WillScot Corporation (NASDAQ:WSC) have jumped 60% through the first six months of 2019, according to data from S&P Global Market Intelligence. In addition to auspicious forecasts for its 2018 and 2019 financial performances, several votes of confidence from Wall Street also lifted the stock in the first half of the year.

Investors found a cause for celebration early in the year with a presentation from WillScot that featured anticipated 2018 earnings results and 2019 guidance. For one, the company estimated 2018 revenue of $755 million, which represented a 69% increase over the $447 million that it reported in 2017. According to the company, the growth shows little signs of tapering off, with 2019 revenue forecast to be $1.05 billion to $1.15 billion. 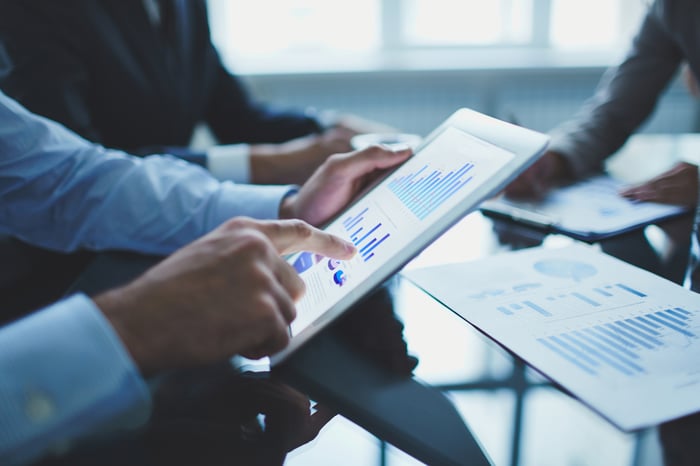 Evidently, the growth will also translate to the cash flow statement, where management forecast 2019 free cash flow of $25 million to $85 million -- a notable turnaround from the negative $118 million that it generated in 2017, according to Morningstar. And the forecast seems even more auspicious considering the company later reported 2018 free cash flow of negative $128 million.

Impressed with WillScot's performance in 2018 and potential for growth in 2019, several analysts voiced their approval of the stock. In April, for example, an analyst at Bank of America Merrill Lynch initiated coverage on the stock with a buy rating and a price target of $13.50, according to Thefly.com. At the time, the stock was about $11.50 per share. Later, in June, additional nods came from Jefferies and D.A. Davidson, where analysts initiated buy ratings and price targets of $20 and $19, respectively.

Investors who find WillScot's presumed future growth compelling would be well served to pump the brakes and take a closer look at the company's balance sheet, before rushing out to pick up shares. Relying heavily on leverage to support its growth, WillScot ended 2018 with a net debt-to-EBITDA ratio over 11.1 and a debt-to-equity ratio over 2.6. While this may not immediately disqualify the company as an investment, it's certainly something that would-be investors should know before opening a position.