It's been rough going for Electronic Arts (NASDAQ:EA). The video game company's stock is down nearly 40% from its all-time highs after another pullback. This time, the blame can be laid on Season 2 of Apex Legends, the company's surprise hit that was a response to the worldwide video gaming phenomenon Fortnite. With the stock down in the pits again, it might be time to nibble.

The latest in video gaming jargon

EA's Apex Legends and its rival studio Epic Games' Fortnite are online multiplayer battle royale video games. Players are matched with dozens of others in a last-one-standing sci-fi epic. In the last couple of years since its release, Fortnite has grown into one of the most popular titles ever. In the spring of 2019, there were an estimated 250 million players from around the world.

The game has had widespread appeal across regions, ages, and sexes -- in part because of the ability to customize characters' appearances and gameplay style. Another reason for the popularity of Fortnite is that it's compatible across virtually all gaming platforms, including PC, consoles like PlayStation and Xbox, and mobile. The game also has a free-to-play option, relying on small transactions (like the purchase of weapon upgrades) to keep the lights on. Epic Games has made billions off of Fortnite, and rival studios haven't had a great answer to it.

That was until EA released Apex Legends, its own free-to-play battle royale title, in an attempt to imitate some of Epic Games' success. Apex Legends was a surprise hit at launch, with estimates putting total player count at more than 50 million in the first month of its release. With EA nursing a few bruises from lower-than-expected interest in some of its other new releases, the company's growth story for the immediate future was pinned to Apex Legends' hot start. 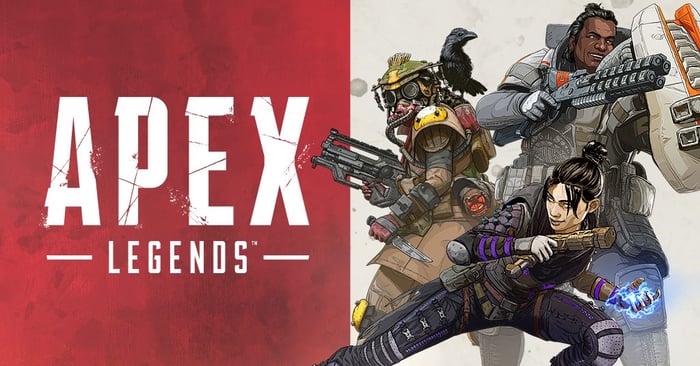 A sign of trouble or just a speed bump?

The optimism surrounding EA faded fast, though. When Apex Legends Season 2 -- an update with new game features designed to keep players engaged -- released in early July 2019, there were signs that the title was already losing steam. Viewer count for live Apex Legends gameplay on Amazon's (NASDAQ:AMZN) Twitch was around 45,000. Upon initial release earlier in the year, there were more than 100,000 viewers on Twitch. The lackluster showing was the reason for the most recent tumble in EA's stock, down more than 5% the day of the update launch.

It should be noted that Twitch viewers do not exactly correlate to how many players there are. Nevertheless, this wasn't the first whisper that EA's free-to-play entry was losing some of its shine. Some Wall Street analysts had pointed to fading interest in the months leading up to the update. Fortnite has a big head start and has loads of content, and EA simply may not be able to catch up -- or so the argument goes.

We'll have to wait until EA's next earnings call on July 30 to know for certain how its video game hit is faring. Nevertheless, I wouldn't write off EA on one game. Besides Apex Legends, there are other irons in the fire. The Sims and FIFA soccer have continued to generate plenty of gamer interest. Star Wars Jedi: Fallen Order comes out in the fall and could benefit from the buzz surrounding the Star Wars movie hitting theaters in December. A slew of new sports game updates is coming later in the year, too, as well as live service updates for some of EA's existing titles.

After the recent tumble, the stock trades for 20.0 times trailing 12-month free cash flow. It isn't cheap, but it isn't expensive either -- considering how popular video games are these days. EA has a lot going for it, and it looks like the negative reaction to Apex Legends Season 2 is a little overdone. I'd recommend buying a little now, and be ready to buy more if the stock dips again after the next quarterly report.