There's no denying the impact of Amazon.com (NASDAQ:AMZN) in the realm of e-commerce, but one of the biggest contributors to the company's growth has been Amazon Prime. The customer loyalty program gives subscribers access to free two-day (or faster) shipping, streaming movies and music, and a host of other benefits -- all for $119 per year or $12.99 per month.

The program has been wildly successful. Early last year, Amazon CEO Jeff Bezos revealed that Prime had more than 100 million members, and while the company hasn't provided an update since, that number has surely grown.

Prime has been so successful that a number of other retailers are offering their own versions. Restoration Hardware, now known as RH (NYSE:RH), Bed Bath & Beyond (NASDAQ:BBBY), and lululemon athletica (NASDAQ:LULU) have all created premium loyalty programs in the hopes of recreating some of Prime's success.

Restoration Hardware launched its premium loyalty program in April 2016. The RH Members program, formerly called RH Grey Card, costs subscribers $100 per year. This entitles members to 25% off all full-price purchases, as well as an additional 10% off sale items. They also get complimentary interior design services.

The loyalty program is paying off. RH announced in its fourth-quarter conference call that its member count had climbed to 418,000. In regulatory filings, the company revealed that RH Members accounted for 95% of sales in the company's core business.

Known for its ubiquitous 20% off coupons, home goods retailer Bed Bath & Beyond decided to integrate the savings into its customer loyalty program. Beyond+, introduced in October 2017, is an app-based program that gives members 20% off their entire purchase and free standard shipping for an annual fee of $29. In return, the retailer gets a treasure trove of customer data.

Early indications are positive. During its fourth-quarter conference call, the company reported that membership had grown to 1.1 million customers. Bed Bath & Beyond CFO Robyn D'Elia revealed that Beyond+ members shopped more frequently and generated higher revenue than the average customer, and the company is encouraged by the incremental benefits and long-term potential of the program.

In mid-2018, athletic-apparel retail Lululemon began testing its first-ever loyalty program. For $128 per year, members get a free pair of pants or shorts, access to select classes, free expedited shipping on e-commerce orders, and an early invitation to specially curated events.

During the company's Q3 2018 conference call, Lululemon CEO Calvin McDonald said members "love the program," and management was so excited about the early results that it plans to continue to roll it out into additional markets over the coming year. "Guests were seeing value in this curation of services and content beyond just our product and in buying into the program," McDonald explained. This mix of transactional and experiential benefits helps differentiate the company from its competitors. 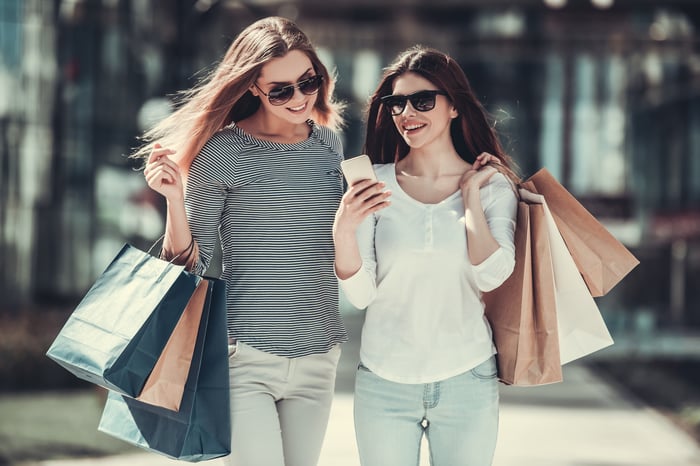 There's data that points to the value retailers get from premium loyalty programs, including a survey conducted by Clarus Commerce as part of its 2019 Premium Loyalty Data Study. In a survey of more than 1,000 consumers in March 2019, over half of respondents (58%) said they belonged to a premium loyalty program, and 65% of those plan to join additional paid loyalty programs in the coming 12 months. Providing these programs to members helps drive higher engagement and increases the number of customer touchpoints, which results in higher levels of loyalty and, ultimately, increased spending.

This is supported by data gathered by Consumer Intelligence Research Partners, which estimates that Amazon Prime members spend about $1,400 per year, on average, compared to just $600 for non-Prime customers.

With its annual Prime Day sale coming July 15-16, Amazon is hoping to introduce the next generation of customers to the benefits of its loyalty program by offering a free 30-day trial that can be used to gain access to the company's 48-hour sale.

Amazon's continuing success has other retailers eager to succeed with loyalty programs of their own.