Shares of McDermott International (NYSE:MDR) gained 59.9% in June, according to data from S&P Global Market Intelligence. The company had a variety of new project developments and deals to announce in the month, and evidence of its business ramping up helped the stock bounce back from steep sell-offs. 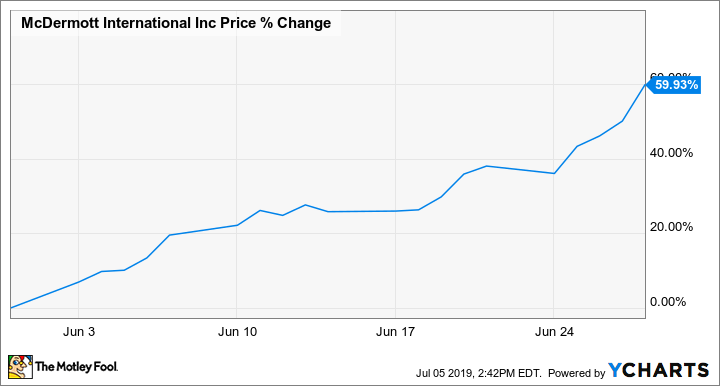 At the beginning of June, McDermott stock had lost roughly 70% of its value over the previous year. However, things seem to be turning around thanks to some substantial contract wins.

McDermott published a press release on June 5 stating that it had won a $2 billion contract for liquefied natural gas (LNG) development in Mozambique with Anadarko Petroleum. This was followed by a press release on June 13 detailing a sizable (defined by McDermott as being worth between $1 million and $50 million) contract with Ningbo Union King Polyester Material to license technology for use in the Chinese company's production of paraxylene -- a component used in the creation of polyester and other polymers that are important in the petrochemical industry.

McDermott closed out the month with another contract win, putting out a press release on June 24 announcing that it had secured a contract worth between $50 million and $250 million with Saudi Aramco for engineering, procurement, construction, and installation (EPCI) services in offshore regions of Saudi Arabia.

McDermott stock has continued to climb in July, with shares up roughly 9% in the month so far. 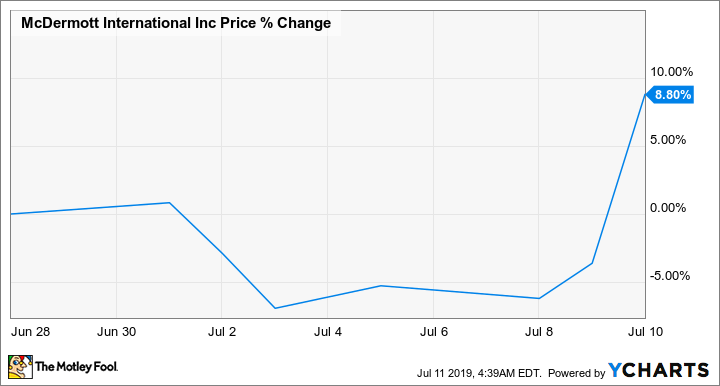 McDermott's press release on July 5 detailed an agreement reached with Cameron LNG to create the opportunity for performance-related bonus payments and settle on start dates for the latter company's Louisiana LNG liquification project. Following this, McDermott revealed on July 10 that it had won two contracts with Saudi Aramco for EPCI services in the Marjan fields of Saudi Arabia. The deals were worth more than $3 billion and more than $1.5 billion, respectively.