Heeding the recommendation of the ethics panel it created to study the issue, stun gun and body camera maker Axon Enterprise (NASDAQ:AXON) has announced it will not move forward with incorporating facial recognition technology into its products.

The panel, which includes artificial intelligence experts, privacy advocates, and computer scientists, issued a 49-page report that concluded that facial recognition technology is not reliable enough to "ethically justify its use on body-worn cameras." Axon will therefore not commercialize the technology yet, though if it improves, the company intends to jump back in. 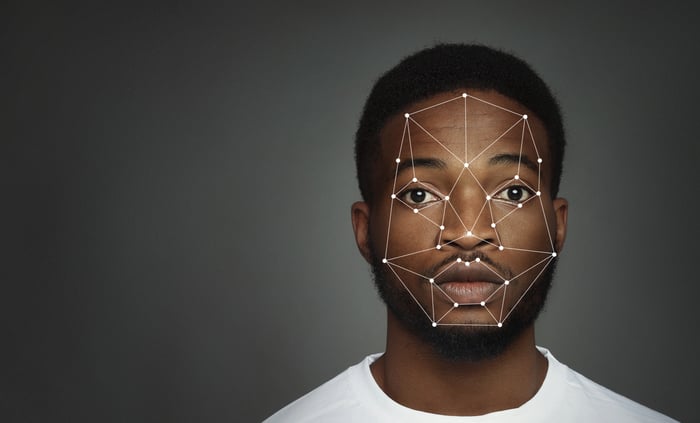 Searching for the next avenue for growth

Axon today provides Taser stun guns to around 18,000 law enforcement agencies worldwide, but it has for years been looking for opportunities to grow its business beyond the "conducted electrical weapons" that were its first products. It began offering body cameras to police officers in 2005, and created the Axon brand three years later. Underscoring how important this new line of business was to the company, in 2017, it changed its name from Taser International to Axon Enterprise.

Tasers still provide the majority of Axon's revenue -- some 60% at the end of 2018. But that's down from almost 70% in 2017, and it won't be long before body cams, evidence management systems, and other services become its dominant sources of revenue.

Two years ago, Axon made a pair of acquisitions that formed the foundation of its new artificial intelligence division, which would explore potential opportunities in computer vision, machine learning, and A.I. The division would also work to bolster Axon's digital evidence management offering by creating technology that helped law enforcement quickly scan video through content for key data points.

Axon's has developed some facial detection capabilities for its products, but they are narrowly defined -- the software can scan video footage to find recurring faces to blur out for privacy protection. However, that's not so far removed from the sort of facial recognition that would attempt to detect and individually identify people in those videos, a capability that privacy experts, including Axon's advisory panel, assert has substantial potential to be misused.

The inherent limitations of the technology could lead both to false positive and false negative identifications because today's software has difficulty correctly recognizing the faces of women, younger people, and non-whites.

Yet the value of its Evidence.com service is that it offers law enforcement agencies the ability to quickly and correctly locate evidence and information in their systems. Its ease of use and accuracy makes departments loathe to switch away from the Axon ecosystem once they've adopted it. Adding the ability to quickly scan video for facial identification purposes would be a further inducement to stay and pay additional fees for the technology.

The risk of falling behind

In announcing its decision not to move forward with a facial recognition offering, Axon agreed there were ethical concerns, though it also said the technology "deserves further research to better understand and solve for the key issues identified in the report," and said that it would continue to monitor the state of the industry.

By shelving the project, though, Axon risks falling behind the competition. Although Alphabet and Microsoft have similarly chosen not to deploy their own facial recognition technologies with police departments, Amazon.com (NASDAQ:AMZN) is driving ahead, and received the approval from its shareholders at its May annual meeting to continue selling its Amazon Rekognition technology to governments and law enforcement agencies.

Amazon is piloting two programs currently, one with the Orlando Police Department and another with the Washington County, Oregon, Sheriff's Office. Businesses are also using Rekognition, and Amazon touts its ability to not only identify faces, but emotions. And the software can detect unsafe content, celebrities' pictures, and can identify and read text. It integrates smoothly with other AWS products like S3, its object storage platform, and Lambda, its server-less computing platform.

Axon Enterprise is taking the high road here, and though it could ignore the advice of its experts (much as it has brushed off calls to ban its Taser weapons), it's still a smart move. If the company deployed a facial recognition product, it would take on liability risks if it was misused or made incorrect identifications. It's probably more worrisome that Amazon is plowing ahead and selling its version of the technology before it's mature than it is that Axon is choosing to wait.