Facebook's (NASDAQ:FB) Instagram has over one billion monthly active users (MAUs) and 500 million daily active users (DAUs), making it one of the largest social networks in the world. For a while, Instagram's only noteworthy rival was Snap's (NYSE:SNAP) Snapchat, which finished last quarter with 190 million DAUs. Yet Instagram has managed to hold Snapchat at bay by cloning most of its features, including ephemeral messages, filters, and short video stories.

But over the past year, Pinterest (NYSE:PINS), the social network that popularized image-centric virtual pinboards, quietly evolved into a threat to Instagram. Shortly after its IPO in April, Pinterest introduced new features that made it easier to upload videos. Pinterest also added a dedicated video tab for business profiles, analytics tools for businesses, scheduling tools for pins and videos, and shopping features, including current prices, links to retailers' websites, pins for retailers' entire catalogs, and automated product recommendations. Many of these moves mirror Instagram's latest strategies, so should Facebook be focusing on Pinterest now?

Instagram is pursuing that goal with shoppable posts and an in-app checkout feature, which turns its social network into an e-commerce platform. But here's the problem: A recent Cowen & Co. study found that just 10% of Instagram's users use the app to find or shop for products, compared to 48% of Pinterest's users.

Pinterest has fewer users than Instagram, but it's still growing rapidly. Its total MAUs rose 22% to 291 million last quarter, with 85 million users in the U.S. and 206 million users overseas. Its average revenue per user (ARPU) climbed 26%, boosting its total revenue 54% annually to $202 million.

Pinterest expects its revenue to rise 40%-43% to over $1 billion this year. Facebook doesn't disclose Instagram's growth metrics, but Jefferies estimates that it could generate $14 billion in sales this year.

Pinterest is a rising challenger in the nascent social shopping market, but Instagram still has more users, more revenue, and plenty of other advantages. 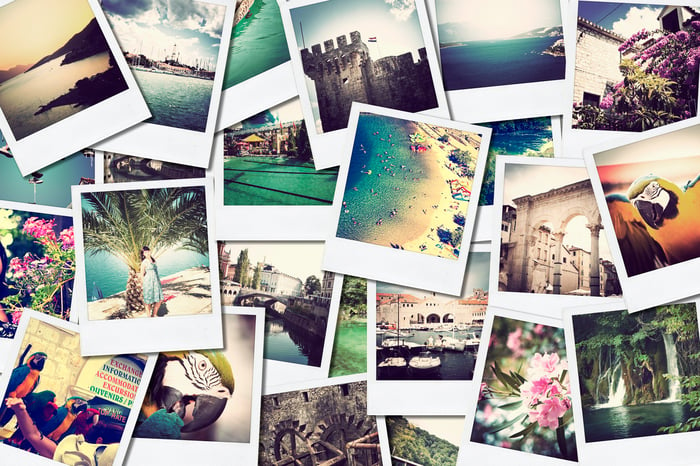 Instagram's users are also much younger than Pinterest's users. In Piper Jaffray's latest "Taking Stock with Teens" survey, 41% of U.S. teens ranked Snapchat as their favorite social network, followed by Instagram at 35%. Only 1% chose Pinterest. Therefore, any brand that wants a slice of the high-growth Gen Z market should favor Snapchat and Instagram over Pinterest.

Lastly, Pinterest is a desert for social media influencers. A survey by Zine (a company that caters to market influencers) found that 78% of worldwide influencers used Instagram as their main platform, compared to just 1% for Pinterest. Therefore, brands can promote themselves on Pinterest, but they'll struggle to gain endorsements from accounts with millions of followers.

Pinterest and Instagram have overlapping interests in product searches and social shopping, but the two platforms cater to different audiences. There's enough room in this market for both apps to flourish, and brands could promote their products on both platforms.

Pinterest's lead in product searches is a blind spot for Instagram, but Instagram could still catch up with public Pinterest-like collections. It appears that Pinterest isn't a threat to Instagram yet, but tensions could escalate as Pinterest's platform expands.