During the last 10 years, the market cap for Plug Power (NASDAQ:PLUG) was less than $100 million and the company was almost unknown to investors. Today, it's worth $562 million on the market and is a highly debated stock among next-generation energy investors.

The only problem with Plug Power's growth in value is that it hasn't translated to strong returns for shareholders. In fact, the stock is down 70% over the past decade even as the company's value has gone up. And the trends that drove those returns are why I would still be cautious with the stock today. 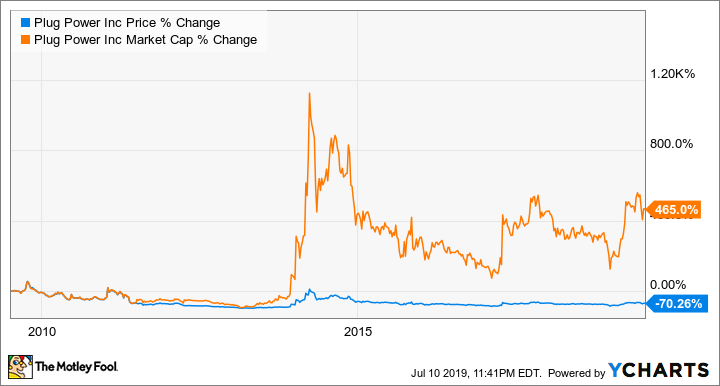 How Plug Power became so valuable

The rise in Plug Power's value doesn't come from an increasing P/E multiple or rising profits, but rather a massive rise in shares outstanding. Over the last decade, the number of shares outstanding has risen by more than 16 times as offering after offering has been used to fund the company's operations. 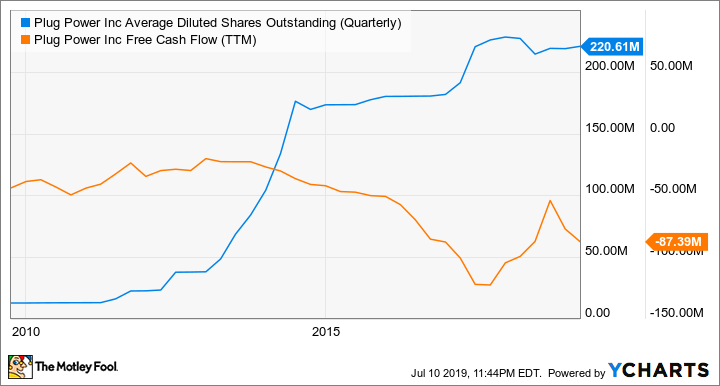 The funding was needed just to stay afloat because, as you can see above, the company's free cash flow has been negative for the entire decade and doesn't seem to be turning a corner. What is all of that spending getting? That's where we can see a little more bullish picture of the company.

It's indisputable that Plug Power has been a growth machine over the past 10 years. Revenue is up more than 11 times over that span as more and more companies adopt hydrogen fuel for their warehouse forklifts. Walmart and Amazon.com are the two big customers that led to a breakout in sales growth, but those sales had such low margins that they're not leading to positive cash flow.

What's concerning about the growth that we've seen so far is that it hasn't extended outside of markets like materials handling and ground support vehicles at airports. There's been little to no traction in much larger markets like passenger vehicles and backup power that once held tremendous promise for hydrogen fuel cells. 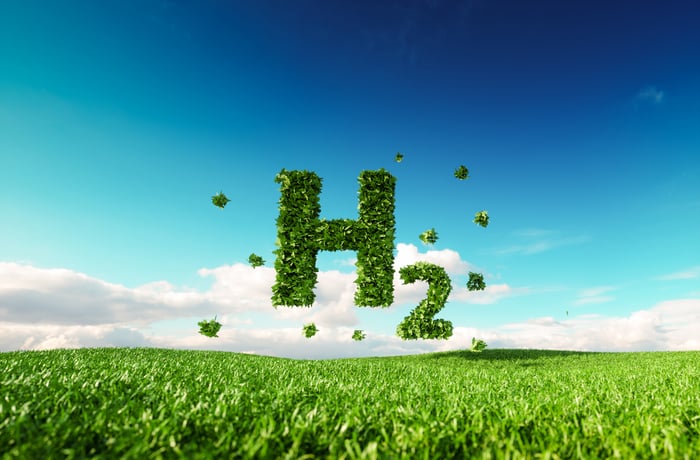 Plug Power is stuck in niche markets because battery technology has improved so quickly that it's winning in passenger vehicles, buses, and backup power, just to name a few markets. Energy density is improving quickly, and charging times are coming down.

The argument for fuel cells has always been reduced charging time in comparison to batteries, but that hasn't proven to be a hindrance in most markets. For forklifts, hydrogen will have an advantage for the foreseeable future, but I don't see many big markets where hydrogen can win against today's battery technology.

The next decade could be more of the same

Plug Power's management has always made positive projections, and 2019 is no different. They are predicting $235 million to $245 million in billings and positive adjusted EBITDA for the year. But we can go back to 2014 and see predictions of positive EBITDA year after year, which haven't come true.

What we have today is a market for hydrogen fuel cells that's becoming more niche by the year. The technology is losing to batteries in larger markets like passenger vehicles and energy storage. I don't like any of the operating or market trends for Plug Power, and I think the next decade will be more of the same with capital raises that dilute shareholders and continuously disappointing operating results. The company may still be in operation, but I wouldn't bet on this being a market-beating stock over the next 10 years.