Shares of industrial manufacturer Hillenbrand (NYSE:HI) fell as much as 13.2% Friday after the company announced it would acquire Milacron Holdings (NYSE:MCRN). Shares were trading down 11.9% at 3:10 p.m. EDT and didn't show any signs of a recovery.

Hillenbrand will pay a total of about $2 billion for Milacron, including the assumption of $686 million of debt. Milacron shareholders will receive $11.80 per share in cash and 0.1612 shares of Hillenbrand stock for each share they own. 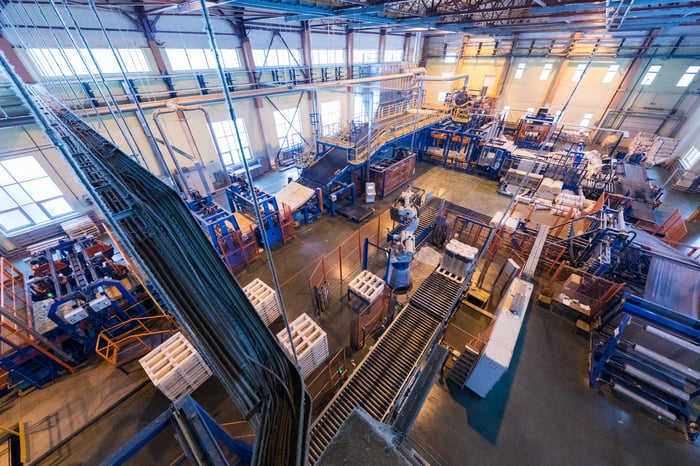 The combined company is expected to have $3 billion in annual revenue and generate $325 million of free cash flow by 2021. Hillenbrand's management said that would be helped by $50 million of annual cost synergies.

Companies on the acquiring end often see their value fall when a deal is announced because the market views them as the short-term loser while the acquired company is the short-term winner. That's because cost synergies that management identifies are rarely realized, making it difficult for deals to add long-term value. It will take years to see if this acquisition does pay off, but right now the market is skeptical, and that's why Hillenbrand's shares were down today.