Shares of Switch (NYSE:SWCH) gained 87% across the first six months of 2019, according to data from S&P Global Market Intelligence. After trading down 61.5% in 2018, the data center company has bounced back this year as a result of better-than-expected earnings performance and momentum for the broader market. 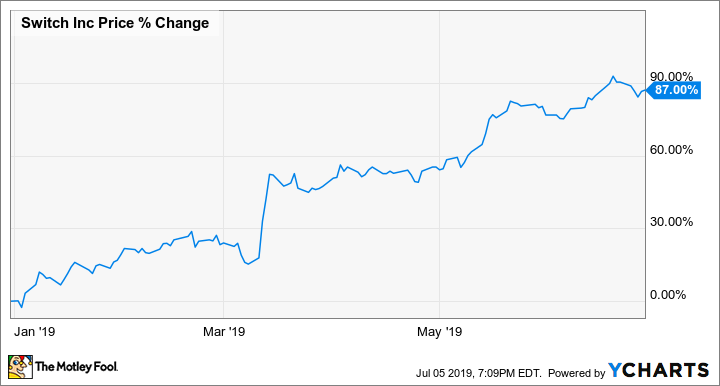 The stock's most pronounced jump came on the heels of its fourth-quarter earnings results, which delivered better-than-expected performance and a substantial dividend hike that may have triggered a short squeeze. Shares gradually moved higher in the lead-up to the company's first-quarter release in May and then saw more rapid pricing growth.

Switch's sales in the fourth quarter climbed roughly 4% to reach $103.2 million, and net income hit $11.2 million -- up from a loss of $60.3 million in the prior-year period. Operating income came in at $16.9 million, compared to an operating loss of $54.6 million in the fourth quarter of 2017. The company paired the earnings release with news that it would be doubling its dividend -- bringing its payment per share to $0.0294.

The company then reported first-quarter results on May 8, with revenue of $107 million and net income of $3.7 million. Sales were up roughly 10% year over year, while net income dipped from $4 million in the prior-year period -- but the drop was due to a $5 million unrealized loss on interest rate swaps. Operating income rose 65% to $15.5 million. 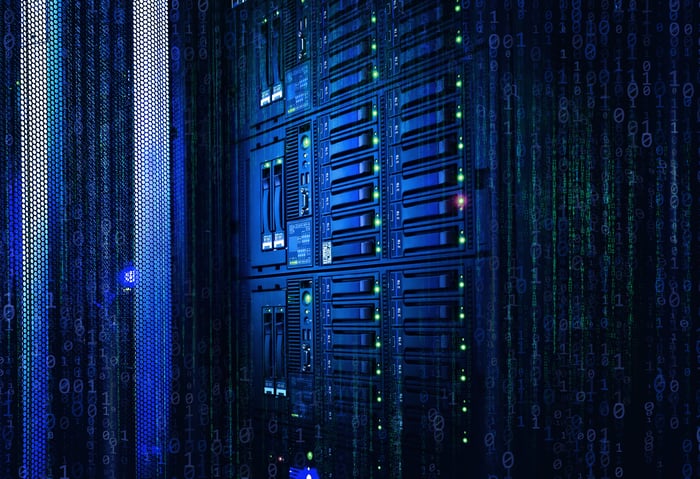 Switch appears like it could be regularly profitable, and it's possible that business will accelerate. However, its recent sales and earnings growth still look relatively small when stacked against the company's valuation. Shares trade at roughly 80.5 times this year's expected earnings and 7.3 times expected sales, and the dividend yields roughly 0.9%.