After a slide that lasted for months, Allergan (NYSE:AGN) moved into the winner bracket overnight a few weeks ago. AbbVie's (NYSE:ABBV) announcement on June 25 that it planned to acquire the struggling drugmaker caused Allergan's share price to soar.

Some questioned whether or not AbbVie was making a smart move, but nearly everyone acknowledged that the deal was great news for Allergan investors. But is it too late to buy Allergan stock now? 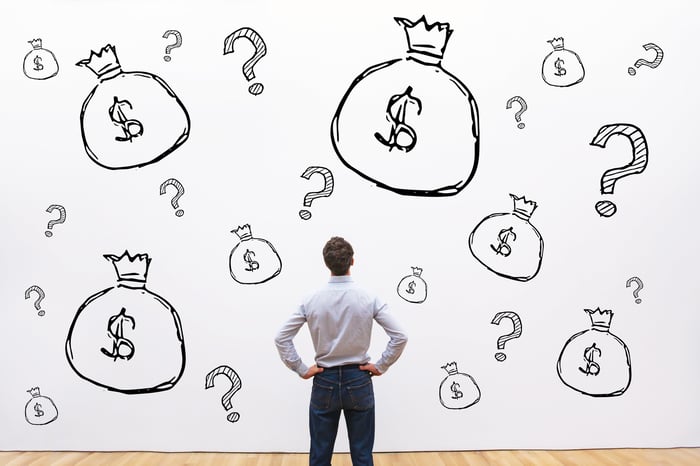 Under the terms of the proposed deal, Allergan shareholders will receive $120.30 in cash and 0.866 AbbVie shares for each Allergan share that they hold. When the acquisition was first announced, it represented a total price tag of $188.24 per share. That's a premium of more than 13% higher than Allergan's current share price.

However, there's a little catch. AbbVie's share price is lower now than it was when the acquisition was announced. As a result, the return based on Abbvie's current share price would instead be around 8%. But AbbVie expects the transaction will close by early 2020. An 8% return in such a short period translates to a solid upper double-digit percentage annualized gain. That's not bad at all.

If the deal goes through as expected and AbbVie's share price doesn't drop, investors who buy Allergan now could have a surefire quick return. But anytime you have "ifs" in the picture, there's an element of risk.

Regulators could nix the deal. However, the probability of the acquisition going through seems to be pretty high. AbbVie and Allergan don't have a lot of product overlap that would raise concerns.

The bigger risk is that AbbVie's share price could slide. Talk in Washington about changing regulations related to drug pricing along with yet another threat that federal courts could overturn Obamacare has created a lot of uncertainty for pharma stocks. If AbbVie stock drops so does the return for Allergan shareholders.

Two turkeys or an eagle?

There is another way that investors who buy Allergan now could profit even more. If AbbVie stock takes off after the acquisition of Allergan, anyone who holds on to the AbbVie shares received as part of the deal could realize much higher gains. Of course, some might scoff at this possibility and pull out the old saying that "two turkeys don't make an eagle."

It's hard to argue that from an investing standpoint both AbbVie and Allergan have been turkeys. Both stocks lost ground in 2018. AbbVie is down more than 20% year to date. Prior to the announcement of the acquisition, Allergan stock was in negative territory in 2019 as well.

Some are concerned about the debt that AbbVie is taking on to finance its buyout of Allergan. They also worry that Allergan's current product lineup and pipeline won't generate the growth that AbbVie is counting on.

On the other hand, AbbVie could quickly reap the rewards from the deal. The company's revenue will definitely increase. It will be less dependent on Humira. AbbVie even expects a 10% boost to its earnings per share (EPS) right out of the gate with a peak EPS increase of more than 20%. That could be enough to light a fire beneath the floundering stock.

So is Allergan a buy? My answer is "yes."

I think the acquisition of Allergan by AbbVie will win regulator approval. My take is that AbbVie's share price won't slip much if any from current levels, ensuring a nice return for Allergan shareholders once the transaction is finalized.

AbbVie should have good news on the way with the likely FDA approval of upadacitinib, a drug that could be the company's biggest winner in years. AbbVie stock is also trading at such a bargain-basement price (it has a forward earnings multiple of only 7.6) that I don't think it's likely to fall much even if there's uncertainty related to the political environment.

Before the announcement of the AbbVie acquisition, I wasn't a fan of Allergan. I'm still somewhat skeptical about AbbVie's decision. However, my view is that the numbers appear to be in favor of buying Allergan stock now.