Forget the big guys: These three companies have lots of potential to bring significant returns for investors.

Investing in small-cap stocks can be a great way to find companies that have a lot of potential for growth and that aren't on Wall Street's radar. But because these companies sometimes have untested business models, it can be harder to decide which small-cap companies make the best investments.

So to help you track down the best small-cap companies, we asked three Motley Fool contributors for their top picks to buy this month. Here's why they think Fitbit ( FIT ), Echo Global Logistics ( ECHO ), and Upwork ( UPWK 0.34% ) make the cut. 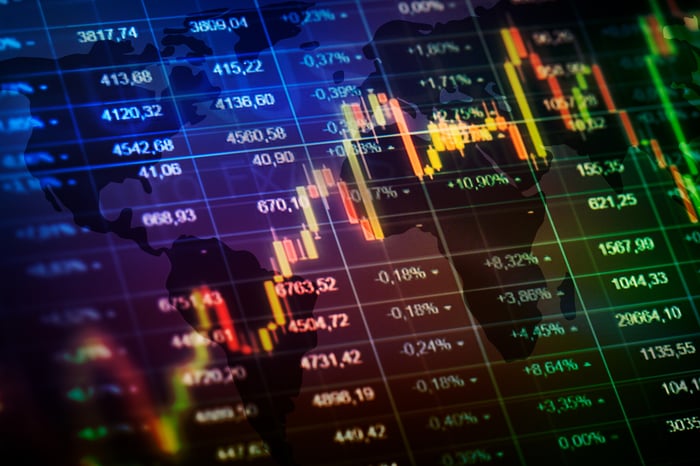 Imperfect, but too cheap to ignore?

Nicholas Rossolillo (Fitbit): Wearable technologies like smartwatches, headphones, and fitness trackers continue to gain in popularity, and all indications are that they will continue to do so. According to tech researcher IDC, annual wearable sales are expected to grow 8.9% each year through 2023, to 279 million units (compared to 199 million units expected to be sold in 2019).

That bodes well for fitness technologist Fitbit, which has finally turned a corner and returned to growth after a multiyear slump. Revenue in the first quarter of 2019 increased 10%, driven by a 32% year-over-year increase in devices sold.

In spite of the growth rate, investors were unimpressed and the stock is currently trading near all-time lows. The reason? Fitbit is attempting a difficult transition from a pure play in wearable hardware to a business model that also relies on health services and software. With Apple playing the proverbial elephant in the room with its Watch, and health-industry aspirations of its own, it will be tough for Fitbit to maintain its newfound momentum; the road to profitability could be a long one.

At the moment, it's all about adding as many users to the Fitbit ecosystem as possible, and that's costing money. Net losses totaled $79.5 million in the first quarter alone, and adjusted EBITDA (earnings before interest, taxes, depreciation, and amortization -- Fitbit management's preferred metric for measuring the bottom line) was still listed as a steep $43.2 million loss. Cheaper fitness wristbands and smartwatches that carry lower profit margins were the primary culprits.

There's hope, though: Management disclosed that its health solutions segment grew 70% year over year to $30.5 million, and is on track to surpass $100 million in 2019. That still puts the services business at about 10% of total revenue or less, but it's a step in the right direction. And even though losses were steep at last report, the company is currently valued at just $1.1 billion, far less than the $1.5 billion to $1.6 billion in total sales expected this year.

If Fitbit can continue to increase its services revenue, profit should follow suit. It isn't a great story, but at the moment the stock simply looks too cheap to ignore.

A logistics leader with upside

Daniel Miller (Echo Global Logistics): Investors often turn to small-cap stocks when looking for exciting growth and major upside over the long term. One small-cap stock that has an excellent record of growth and plenty of upside remaining is Echo Global Logistics. The company uses its web-based platform to analyze data, and provide transportation logistics and supply-chain management services between shippers and carriers.

Let's get back to the exciting part: growth. Between 2005 and 2018, Echo posted a 57% compound annual growth rate (CAGR) in gross revenue. In fact, Echo wrapped up its full-year 2018 with records in revenue, volume, and profitability.

More good news for investors is that Echo operates in a highly fragmented third-party logistics industry, and can use its scale and network to take incremental market share from less effective providers. Consider that the carrier market has roughly 3 million U.S. drivers, and roughly 80% of those work for companies with fewer than 10 trucks. Not only does this fragmented market offer Echo a way to leverage its size for market share, but Echo can also boost sales by acquiring quality companies -- Echo has completed 21 acquisitions in 12 years.

Echo remains well-positioned to continue improving its business, thanks to both its strong network effect and its leading technology platform. Echo's large customer base of more than 35,000 shippers and network of over 49,000 carriers enable the company to connect the dots, and offer shippers cost savings while helping optimize carriers. A network that size isn't easily replicated.

Echo's proprietary technology platform was designed by in-house engineering and transportation experts; it offers valuable visibility, reporting, analytics, pricing engines, and both client- and carrier-facing portals. Echo's technology advantage over smaller companies that lack the ability to develop or purchase similar technology is part of its economic moat.

Echo has shed roughly 34% of its value over the past year, mostly because growth in 2019 will be more challenging -- a capacity crunch last year boosted results temporarily, and the market is still balancing prices. Investors have an opportunity to scoop up shares in July at a forward price-to-earnings ratio of only 10, with plenty of growth potential remaining.

Bet on the gig economy

Chris Neiger (Upwork): More and more Americans (and workers around the globe) are picking up jobs on the side, and even finding their primary work, through freelancing opportunities. According to the latest estimates, nearly 57 million workers in America now have some sort of freelancing job.

And that's where Upwork comes in. The company's online freelancer marketplace has more than 111,000 clients offering freelance work across more than 70 categories. Upwork's focus on bringing together professionals who are looking for higher-paying and more longer-term work differentiate it from some of its other freelance-marketplace competitors.

And so far, the company's growth has been impressive. Upwork's gross services volume increased 21% In the most recent quarter to $487 million, its core clients grew 22% year over year, and its client spend retention rate -- which measures how much existing clients are spending compared to the previous year -- was up 107%.

The market has yet to fully appreciate this small-cap stock, and its share price has gained just 7% since the company went public last October. But with Upwork's popularity among its growing client list and its potential to tap into the expanding gig economy, savvy investors looking for a solid small-cap stock should give this one a second look.