Amazon's (NASDAQ:AMZN) Twitch remains the undisputed leader of the video game streaming market in the U.S. according to a new StreamElements report. Twitch accounted for 72.2% of all live gameplay hours streamed in the second quarter, compared to 19.5% for Alphabet's (NASDAQ:GOOG) (NASDAQ:GOOGL) YouTube, 5.3% for Facebook (NASDAQ:FB) Gaming, and 3% for Microsoft's Mixer.

Amazon acquired Twitch for $1.1 billion in 2014, and the subsidiary is now valued at $3.8 billion. That's only 0.4% of Amazon's market cap, but is Twitch gradually becoming a major growth engine for Amazon? 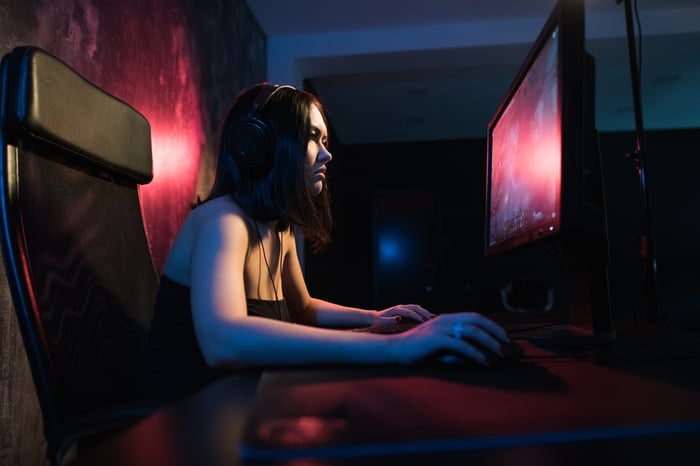 Free users can watch or follow ad-supported streams. To support individual streamers, they can pay monthly subscription fees between $4.99 and $24.99, which unlock ad-free viewing, cosmetic upgrades (like custom colors, badges, and emoticons), special alerts, and access to exclusive streaming events. Top streamers are also allowed to advertise and sell their own merchandise.

Viewers who don't want to commit to monthly subscriptions can also buy cheer bits to tip broadcasters. Twitch sells bits to viewers at a rate of $1.40 for 100 bits, and broadcasters retain a penny per cheer.

Twitch also offers a Twitch Turbo subscription for $8.99 per month, which eliminates ads across the entire site, lets broadcasters store up to 60 days of content instead of 14 days, and adds cosmetic chat enhancements. Amazon also offers Twitch Prime, a similar ad-free service which is bundled with Amazon Prime and lets subscribers "gift" half their monthly subscription fees to individual streamers.

How much revenue does Twitch generate?

Amazon doesn't disclose how much revenue Twitch generates, and it's unclear if it's even profitable. But at the time of its acquisition, Vox estimated that Twitch generated at least $72 million in annual sales, with most of that revenue coming from ads. 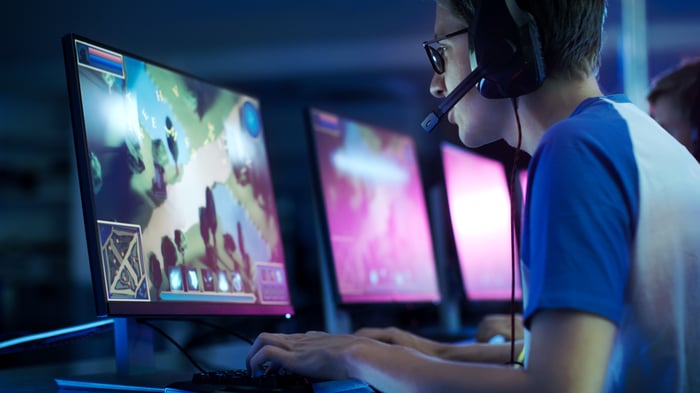 Last year, Twitch disclosed that it generated about $500 million in annual ad revenue, and set an ambitious goal of doubling that figure to $1 billion. But that's still a drop in the pond for Amazon, which is expected to generate $275 billion in revenue this year.

However, Twitch still serves as a valuable extension of Amazon Prime, which has over 100 million U.S. subscribers. It strengthens its video streaming ecosystem, which is rooted in Prime Video, as well as its online advertising business, which became the third largest online ad platform in the U.S. after Google and Facebook last year.

Can Twitch's rivals catch up?

Twitch dominates the game streaming market because it has a first mover's advantage and it's the preferred platform for the industry's top streamers. But the platform still has two soft spots.

Second, StreamElements' report indicates that 75% of Twitch's viewership comes from people streaming its top 5,000 channels. Therefore, the vast majority of Twitch's streams barely have any viewers -- which could frustrate new streamers and send them to rival platforms like YouTube and Facebook.

Will Twitch become a major growth engine for Amazon?

Twitch won't become a major growth engine for Amazon alongside its e-commerce and cloud businesses anytime soon. But it still dominates a growing niche, enhances Amazon's other businesses, and capitalizes on the growth of the nascent esports market.